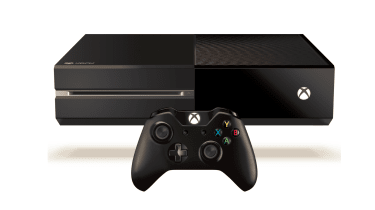 At the big Windows 10 event back in January, Microsoft revealed for the first time that in-home streaming is coming to Xbox One.

Rolling out as part of the Windows 10 launch on 29 July, gamers will soon be able to stream Xbox One games to virtually any PC or tablet via their WiFi network.

It's available for Windows Insiders now, if they're running a recent version of the Windows 10 technical preview, but will be available for all Xbox owners after the full release.

We got the chance to have a hands-on session with the new technology, and we have to say that it looks pretty impressive.

Set-up seems reasonably easy, with no additional cables or peripherals needed. Instead, everything is transferred over a basic home Wi-Fi connection.

The systems are linked via the Xbox app in Windows 10- all you have to do is locateyour Xbox in the paired devices menu, and you can begin streaming with a single press of a button.

The way the streaming function works is also one of its key features. The main grunt work is actually done by the Xbox One itself, which means that there are effectively no minimum requirements for the device that is being streamed to.

As long as it's got the capacity to render high-definition video (which virtually every modern system does), then you can stream to it, with the host device acting as a Chromecast-style mirror.

The visual data from the games are piped through over WiFi, while players' controller input is simultaneously sent back to the Xbox. This means that your streaming experience is to some degree dependent on the quality of your internet connection.

Thankfully, it's not a case of needing a top-notch connection to even think about using it. Microsoft has ensured that even gamers on lower bandwidth can use the service, by including quality settings.

Divided into high', medium' and low', these options scale back the strength of signal needed by reducing the quality of the stream. On the lowest setting, the game is perfectly playable, though of course the graphics are far from top-notch.

The resolution and texture quality all take noticeable hits, and the frame rate drops down to what looks to be around 30FPS. On the plus side, this lowers the bandwidth use dramatically, which can be viewed via an in-stream visualizer.

Medium quality is a little less punishing; the framerate's still hovering around 30FPS, but texture quality and resolution aren't quite so scaled-back.

It's the high-quality stream, however, that really shines. The resolution looks pixel-perfect, and there's not a hint of frame-dropping, with Forza 5 running at a solid 60FPS in our hands-on demo.

Essentially, it's an exact, real-time replication of what appears on whichever TV the Xbox is connected to. There's no input lag, either in terms of functionality, you couldn't ask for better in-home streaming.

So in terms of base functionality, the home streaming in Windows 10 appears to be spot on. However, it's worth pointing out that the host device we were streaming to in this case, a Surface Pro 3 was directly next to the Xbox running the game.

Whether the signal deteriorates over increased distances remains to be seen, and will be a crucial aspect of its usability. If moving further away introduces lag and latency, this could be a serious blow to the service.

As well as games, this function will work with any Xbox app, so you can stream music, video and other content to your heart's content.

Those with the ideal gaming set-up already are unlikely to be overly impressed playing Grand Theft Auto V on a laptop screen is hardly going to seem appealing if you've already got access to a 55-inch 4K TV.

Still, the prospect of being able to play in the garden or in the bath is undeniably appealing. And for those who have to share their TV with parents or housemates, this feature is likely to prove an absolute godsend.

We'll update this with a full review as soon as we've had a chance to properly put the Windows 10 Xbox streaming service through its paces. For now, though, it's a very impressive performance, and a huge leap forward for consumer-friendly, cross-platform gaming.