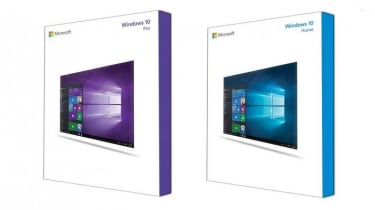 Our verdict is in: Windows 10 is the best version of Microsoft's long-lived operating system in years.

From plenty of useful new features for keyboard and mouse users that will improve your productivity, such as virtual desktops and improved Snap, to less jarring, more refined touchscreen controls, Windows 10 is a winner.

All this should make the matter of whether you should upgrade to Windows 10 or not a forgone conclusion, but that's not necessarily the case. If you use a Windows 8.1 hybrid or tablet, then it is definitely a no-brainer - there's little reason to stick with 8.1.

Windows 10 is also a must-have for most Windows 7 users whose computers meet the system requirements. They'll not only enjoy the fruits of Microsoft's renewed focus on keyboard and mouse control, but also reap the benefits they missed out on for years when they skipped over Windows 8. There's faster start up and wake from sleep times, as well as an improved task manager and the multi-monitor aware taskbar.

Even all this might not be enough to tempt seasoned Windows 7 users though. Those veterans who have no interest in touchscreens will have already tricked out their setup with SSDs and third-party utilities giving them equivalents to useful Windows 10 features such as virtual desktops. For those users, Windows 7 may well be more than good enough until it reaches its end-of-life (extended support is scheduled to end January 14, 2020).

But for many people, it doesn't matter how good Windows 10 is. If your business has moved almost entirely over to the cloud and web apps, then it almost doesn't matter which operating system you use. This will be especially true if your workers have taken advantage of a BYOD policy.

If you've grown tired of constant and intrusive Windows Updates and annual anti-malware subscriptions, you may well have switched to a hassle-free Chromebook. If you're constantly on the road, then you may have opted for a MacBook - Apple's laptops have long had superior battery life, touchpads and integrated virtual desktop support compared to Windows laptops. In some vertical cases, your mobile working needs will be better fulfilled by an iPad or Android tablet loaded with a few choice apps. And some or all of these options may be more appealing and useful to laggard XP users than Windows 10, depending on their circumstances.

That's the galling thing for long-time, dyed in the wool Windows fans. Windows 10 is the best version yet and it willhave a bright future in the hands of billions all over the globe, but the OS just isn't that important anymore for a small but growing proportion of the world's connected population. Both in the workplace and outside of it, more and more computing is being done on non-Windows devices. Even for those billions of happy Windows 10 users, it won't be the only operating system in their lives - especially if they have a smartphone, tablet or use any sort of IoT device or cloud service.

We're all living in a post-Windows world - whether it'll be a post-Microsoft world depends on whether the Redmond giant can make HoloLens, Office 365, Azure, Windows 10 Mobile, plus other initiatives we're yet to hear about, just as important as Windows has been.

Want an alternative view on Windows's 10? Head on over to sister title Alphr to see what Sasha Muller has to say.