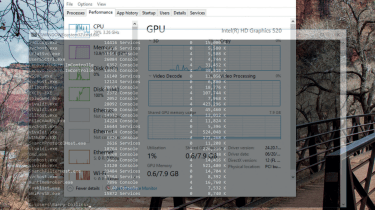 Forget easy Windows tips these ones are for those looking to get the most out of Microsoft's latest operating system, whether that's identifying battery thieves, syncing SMS messages to your desktop, or setting up a Linux VM.

Below we've rounded up ten sophisticated ways to take full advantage of the power on offer in Windows 10 including many that were new to us until we started digging, and a handful that are new to the world as part of the recent October Update. 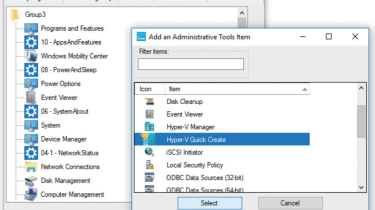 You're a power user, so you know about the Power User menu in Windows 10, right? The one that appears when you right-click on the Start button or press Windows+X. Good, just checking.

What you might not know is that you can customise this menu, removing features that you'll never bother with (I can't recall ever needing the Event Viewer, for instance) or replacing them with ones that you'll need more often (such as the Hyper-V Quick Create tool we cover later in this feature).

To customise the Power User menu you will need to download a small applet called Win+X Menu Editor from here.

Once installed, you can edit each of the three different groups in the Power User menu (extra points if you'd already spotted it was divided into three), or create a new group of your own. You can add functions from the Control Panel or Administrative Tools, or you can add specific applications if you wish, although that rather defeats the object of the main Start menu.

If you bodge it up, you can always restore the default menu. 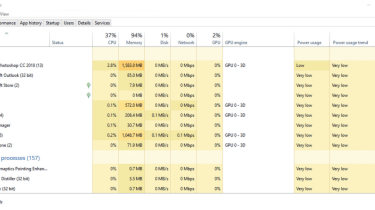 Common sense is normally a fairly good guide to which apps are burning through your laptop's battery. Adobe Premiere rendering a 4K video is going to be smashing through more battery than Word, I think we can all agree.

However, you don't have to rely on educated guesswork anymore. The latest Windows update has enhanced the information available in the Task Manager, with two new columns showing "Power usage" and "Power usage trend". The former is the amount of power the app is draining at present, while the latter reveals its impact over time.

If you suddenly notice your battery indicator plummeting like Theresa May's approval ratings, fire up the Task Manager and see if there are any glowing red apps in the Power usage column.

Whilst we're poking around the revamped Task Manager, you might notice another new column in there called GPU engine. This reveals if an app is leaning on the GPU's 3D engine and you can often find some surprising results. We wouldn't have assumed a Word doc without graphics would be troubling the 3D engine, but then we would have been wrong.

3. Set up a Windows kiosk 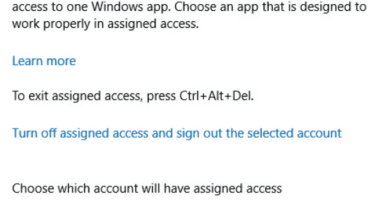 Here's one for the IT admins or consultants in the house. Sometimes you need to set up a Windows device for one specific purpose. An internet kiosk for the company's reception, for example, or a laptop to power Spotify for the music in a venue.

You don't want users of that device to have access to anything other than that single app, because it's not necessary. For such use cases, you can effectively create a kiosk a user account that has access to only one Windows Store app.

To do this, you first need to set up a secondary user account on the computer (you can't do this with the main admin account for, hopefully, obvious reasons). Ignore Microsoft's attempts to create a Microsoft account for your new user and click on the options that say "I don't have this person's sign-in information" and "Add a user without a Microsoft account" in the user setup wizard. You might not even bother with a password on this account, as it's only going to have access to a single app.

Choose the account you've just set up and then choose the app that account can access. Note that the app must already be provisioned for the account you're using. So, if you want to provision an app that's not one of the core Windows apps, download it afresh from the Windows Store on the new user's account.

As of October's Windows 10 update, you can also assign the Edge browser as a kiosk app. One example case is to provide an internet kiosk in reception, for getting guests to sign in via a page on the company's intranet.

Microsoft has a special page dedicated to deploying Edge in a kiosk scenario, which is worth reading.

Note that, when you want to exit the kiosk account, you must use Ctrl+Alt+Del because the account doesn't have access to the Start menu and its various power/login options.

4. Deal with SMS messages from your desktop 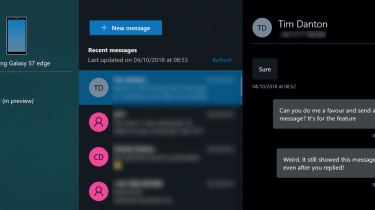 iPhone users have been able to read and respond to SMS messages on their Macs for years. Finally, though, Windows is taking steps in the same direction with the Your Phone app bundled in the October update.

Currently, this only works with Android handsets, but iPhone support is coming if Apple is prepared to loosen the padlock on its SMS services.

With Your Phone, you're able to read and send SMS messages from the desktop app. Incoming messages also display a Windows notification, which is handy if you've got the phone on silent during a meeting, for example.

The service is most immediately useful for authentication codes. Some banks send out SMS codes to authorise payments, for example, meaning you don't have to dip into your pocket to copy the code into your web browser.

At the time of writing, the Messages facility was still "in preview" and there are certainly a couple of bugs that need to be squashed. When we sent a test message to the editor of this fine organ, the message appeared to get stuck with a spinning progress wheel which continued to display even after he had replied! When the wheel eventually stopped, the messages were displayed out of chronological order, as you can see from the screenshot above.

Also something to watch for next year, the Your Phone app will begin mirroring Android apps on your desktop. We've already seen apps such as BlueStacks offering Android emulation on the desktop, but this could and we do stress could allow you to run your favourite mobile apps on the desktop without having to create fresh installations. 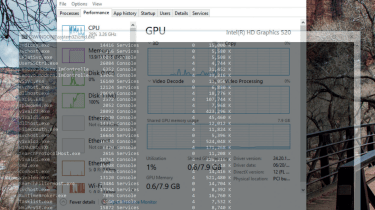 Alternatively, you could hold down the Ctrl and Shift keys and use the + and keys to achieve the same effect.