Developer of Firefox browser lays off 50 from operating system project 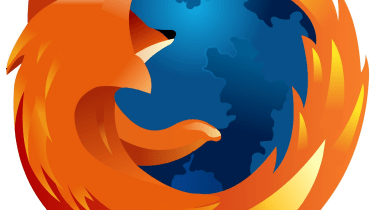 Developer Mozilla has ended its foray into operating systems, allegedly laying off 50 staff who were working on the Firefox OS project.

Firefox OS was launched in 2013 as a platform for smartphones, with a few phones released from the likes of Alcatel, LG and ZTE. The OS later landed on Panasonic TVs, too.

Beyond that, Firefox OS didn't have much success, and its death isn't much of a surprise, with Mozilla ending support for the smartphone version in February and cutting commercial development in September, leaving the smart TV software in Panasonic's hands.

That left Firefox OS development focused on a few connected devices, such as IoT for the home.

If that wasn't dead enough, CNET is reporting that 50 staff who worked on the project have now been laid off, including senior vice president Ari Jaaksi as well as Bertrand Neveux, director of software.

"We have shifted our internal approach to the Internet-of-Things opportunity to step back from a focus on launching and scaling commercial products to one focused on research and advanced development, dissolving our connected devices initiative and incorporating our Internet-of-Things explorations into an increased focus on emerging technologies," the company said in a statement sent to Ars Technica.

The move leaves Mozilla focused on the Firefox browser, which has yet to make a mark on mobile phones or tablets, though it remains second to Chrome on desktop with about a 15% market share, according to StatCounter.

Mozilla said in a comment sent to IT Pro that it wasn't shut down anything, but "dissolving our connected devices initiative".

"IoT is clearly an emerging technology space, but it's still early," the Mozilla spokesperson said in a statement. "We have shifted our internal approach to the IoT opportunity to step back from a focus on launching and scaling commercial products to one focused on research and advanced development, dissolving our Connected Devices initiative and incorporating our IoT explorations into an increased focus on Emerging Technologies."

Mozilla said it would try to find roles for affected staff inside the company, and was growing its number of employees overall. "However there will be role eliminations as part of these internal changes as we need fewer and different roles as part of this shift in approach," it said. "Although we believe it is the right strategic decision for Mozilla, we recognize that it will impact people's lives and are committed to supporting their well-being. People are the reason why we can get anything done - this isn't lost on us - and we did not make this decision lightly."

Mozilla stressed it wasn't shutting down any effort. "We've changed our investment strategy in Connected Devices to emphasize technology transfer rather than developing products and taking them to market. IoT is clearly an emerging technology and there is market opportunity there for products, and for the software infrastructure that will power the IoT ecosystem. Mozilla made a concentrated effort in this space with Internet of Things, but we were primarily focused on new product development. We created some really interesting early-stage projects but decided that a better strategy lies in creating core technologies that we hope will transfer into the Internet of Things space, more broadly."