What is a graphical user interface?

We explain what a graphical user interface is, what they are used for and the benefits over command-line interfaces 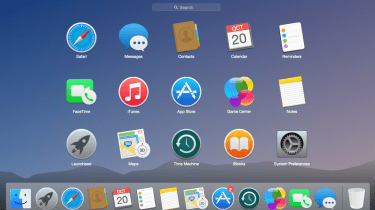 Gone are the days where operating computers required an encyclopedic knowledge of code and the inner workings of a system. In order for computers to take off, they had to become more user-friendly.

The graphical user interface (GUI) heralded a new era for users' interaction with machines and computer systems. This innovation offered a new way for people to interact with systems in such a way that they didn't need to learn any coding principles. This killed off a previously steep learning curve for entry.

The GUI was designed first to make use of a keyboard and mouse, but today we see GUIs that take advantage of all manner of hardware inputs, as well as no hardware inputs at all. These interfaces have also made website-building a much easier task.

Blogging platforms like WordPress offer services that are almost entirely hinged on intuitive GUI systems to allow people to build websites without needing to learn any sort of scripting or coding. Previously, users needed to get to grips with a host of languages like HTML or CSS, or outsource to someone who had the necessary expertise.

The GUI has been connected with some of the biggest players in the industry, rather than being attributed to any single individual. Firms like Apple, however, were among the first to implement the GUI to its machines, namely the Lisa and Macintosh.

Since then, the GUI has evolved in leaps and bounds, transcending the keyboard and mouse configuration it was originally configured against. Experienced users sometimes prefer a command line interface because, when used properly, computing processes can be streamlined and made much quicker. GUIs also demand more memory and processing power, but with modern computing technology and software optimisations, it's not going to be the first thing you strip away in order to get a performance boost from your PC.

What are the benefits of a graphical user interface?

The major benefit of a GUI is that systems using one are accessible to people of all levels of knowledge, from an absolute beginner to an advanced developer or other tech-savvy individuals. They make it simple for anyone to open menus, move files, launch programs or search the internet without having to tell the computer via the command line to carry out a function.

GUIs also provide instant feedback. Clicking an icon will open it up, for example, and this can be seen in real-time. Using a command line interface, you won't know whether it's a valid entry until you hit return; if it's not valid, nothing will happen.

What are the disadvantages of using a graphical user interface?

Because the elements are graphics rather than text, GUIs can use a lot more processing power compared to a standard text-based UI.

Additionally, advanced users can find GUIs frustrating, because often a chain of actions will have to happen (such as opening up a menu, navigating to the file you want to open, clicking it) before the process is complete. With a text or command-line UI, one single line can be inputted and it will be actioned.

The history of graphical user interfaces

The first graphical user interface was developed in 1981 at Xerox PARC by Alan Kay, Douglas Engelbart alongside other researchers who realised that having a graphical representation of an operating system would make it more accessible to the masses.

The first commercial use of a GUI was in the Apple Lisa computer in 1983. Before this, computers such as MS-DOS and Linux used command-line UIs, as their usage was limited to advanced business users rather than consumers.

A year later, the Apple Macintosh became the most popular commercial computer with a GUI. Microsoft's followed suit in 1985 with Windows 1.0, although Windows 2.0 was a significant improvement when it was launched in 1997. It wasn't until 1995 and the launch of Windows 95 that Microsoft caught up with Apple's commercial success in the world of GUI systems.

What could a graphical user interface be used for?