Met Police set to finish Windows XP upgrade in May

The rollout process has been ongoing for more than three years 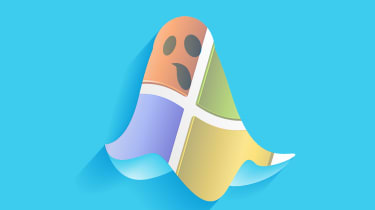 The London Metropolitan police is on track to finish upgrading from Windows XP by May this year, marking the end of a rollout that has been underway for more than three years.

Despite the fact that Windows XP reached its end-of-life in 2014, the Met was still using the operating system on more than 35,000 computers in April 2015, and more than 18,000 machines in June of last year.

However, the project is finally on the verge of completion. The Met's CIO Angus McCallum told IT Pro that the migration from Windows XP is at an "advanced" stage, with the process of replacing older XP machines with newer devices set to be completed in around three months.

"The tablet and laptop rollout ... will finish around the April-May time [and] we will be off XP then. We might have the odd machine that's still on it, but it won't be on the network, it'll just be running some software that at this time we cannot run on anything else," McCallum said. "We won't have any networked machines at that time."

The Met is currently in the process of refreshing its IT estate and by the end of the upgrade cycle it will include around 50,000 devices all of which, McCallum assured IT Pro, will be running Windows 10. "To give you an idea of the speed of the rollout, last week we rolled out 1,687 tablets," he said, "so we're moving at pace now."

"We've categorised officers as 'operational', so you have a tablet, 'flexi', which for staff is people like me that move around various stations and places, and for certain more senior officers who are moving around, they've got laptops. And then some roles, you cannot physically move from the desk, so you've got a fixed machine."

Client endpoints are not the only area in which the organisation is investing the Met is also deploying Box's cloud collaboration tools to all of its staff. The partnership was announced six months ago, and McCallum said that after the completion of a successful pilot programme, deployment is now fully underway and is expected to be completed by the end of Q2.

The main thing that drove the Met to choose Box, he revealed, was ease-of-use. Not only does Box make sharing content within the organisation easier, McCallum said, it also greatly speeds up the sharing of intelligence with external agencies and partners.

"Rather than them saying 'I've seen something on the CCTV, do you want to come and collect a CD', they send us a link. That saves a lot of time, it's just sent electronically to our control room. They can even annotate it and say 'look at 13.00 to 13.30'," explained McCallum. "The officer picks it up straight away, he can look at it, he can determine if there's a crime there or not."