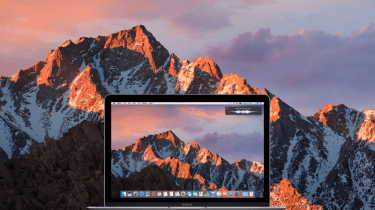 These are dangerous times for the power user. They're coming for us. The shallow masses who are perfectly happy doing the word processing in a web browser and "editing" their photos with an Instagram filter are in the ascendancy. The browser is the new OS, so they've been saying for a while. Who needs full-fat Windows or macOS? Well, I do, for one.

That horrible word "convergence" is once again in fashion, with operating systems and long-established applications slated for a good converging. But convergence necessarily means compromise, and that's rotten news for those of us at the extremes - those who need the full file system, who crave the command line, who still worship at the altar of x86.

Is Apple really prepared to go to the effort of rewriting macOS for an ARM architecture or will it simply promote the already ARM-based iOS for use on Macs? After all, the power user now accounts for a vanishingly small percentage of Apple sales - and Apple has virtually starved the high-end user for several years, only releasing new Mac Pro and high-end iMacs when it's become embarrassing not to.

Is iOS ready for heavy-duty desktop usage? Not currently. I recently bought an iPad Pro, the most high-end iOS device available today, and while I love it to bits, it's no replacement for the ThinkPad that sits on my desk as my primary work machine.

I took the iPad Pro away on a recent family holiday, giving the laptop a week off at home. I had to do a little work while I was away, nothing brutally complicated: download a spreadsheet from an accountant's secure web portal, open the password-protected Excel workbook, fill in payroll data and re-upload it to the accountant's system. It's a job that takes me 20 minutes on my laptop at home, but took me over an hour on the Pro.

For starters, Safari wouldn't let me download the Excel spreadsheet to the iPad's storage, wanting to open it in the browser instead - then baulking when it hit a password-protected sheet. In the end, I had to first download the file to Dropbox and then edit it in the iOS version of Excel.

Filling in the payroll data requires me to basically copy data stored in one Excel spreadsheet into another, but the mobile version of Excel won't let you open two sheets at the same time. Attempt to open a second sheet and it saves and closes the first. So I spent ages memorising data from one sheet, closing it, and then re-entering the complex password of the payroll sheet to pop the memorised data in there. iOS turned a relatively simple task into unwanted brain-training session.

It was a similar story when it came to remotely editing the photos I'd taken on my camera - something I frequently do for work on my laptop. While beaming photos from my Wi-Fi-enabled camera to the iPad Pro was simple, editing them in the recently revamped Lightroom app was painful. Why? Because the app insists on zonking the photos up to Adobe's cloud before you can do any serious tinkering. Six RAW files took 20 minutes to upload on the ski apartment's rotten Wi-Fi connection. Luckily, there was a beer in the fridge.

These are but two of many examples of mobile apps being "not quite there". They often do the crux of what the desktop apps can do, but they do it more slowly, more awkwardly, more like you're using a computer from the turn of the century and not the multitasking marvels we're used to.

I can see the attraction of a single OS codebase to companies such as Google, Apple and Microsoft. It's easier to manage, easier to maintain and far less hassle for the developers building applications on your platform. But there's a reason why tablets and smartphones have only hampered PC sales, not killed them off completely. Some of us crave the power of a desktop OS.

Perhaps Apple will find a way to tailor iOS for the power user; perhaps it will port macOS to the ARM platform after all, deciding the loyal Mac fanbase is still worth that effort. If it doesn't, Microsoft could find itself alone with the only mainstream consumer desktop OS on the market.

This is the Microsoft that spent - arguably wasted - billions trying to put Windows everywhere. Wouldn't it be ironic if, after buying Nokia and alienating millions by trying to make Windows tablet-friendly, it ultimately ended up with the total desktop monopoly that it could have had if it hadn't have bailed out Apple all those years ago?