All the features work as they once did - except Internet Explorer 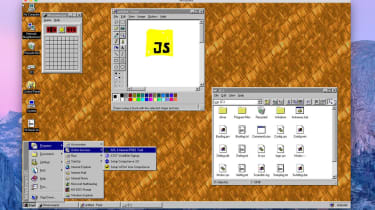 One of Slack's developers has created a Windows 95 app that will allow the legacy operating system to run on MacOS, Windows or Linux machines.

Slack developer Felix Rieseberg built the antiquated operating system as an electron app for modern machines as part of an existing project. He's now released the source code on GitHub, meaning anyone who wants to reminisce with Wordpad, phone dialer, MS Paint, and Minesweeper can now do that, whichever operating system they're running.

Although Windows 95 has already been developed for other platforms, including the Apple Watch, Android Wear smart watch and the XBox One, this update to the project means that you can actually use the operating system almost as you remember it, from back in the 1990s.

The majority of features work as they once did, but one area that's not so refined as it used to be is the internet Explorer experience. According to testers, it just refuses to open pages - not surprising considering the internet has moved on a fair way since Windows 95 existed.

The download is 129MB. Unlike old Windows 95 computers, it's a lot easier to restart this app - you just need to reset the Windows 95 instance rather than turning the entire machine off and weeping into your cup of coffee.

Even Rieseberg wasn't expecting the app to work as well as it does. "I put Windows 95 into an Electron app that now runs on macOS, Windows, and Linux. It's a terrible idea that works shockingly well. I'm so sorry," he tweeted when he launched it on GitHub.