The biggest operating system of all will be one we can't see, says Barry Collins 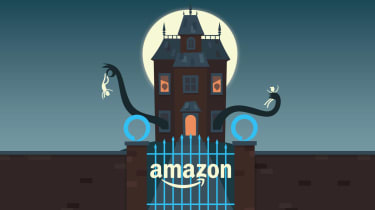 What will be the dominant operating system in 10 years' time? Will Windows still be clinging onto its market share? Will it be Android or iOS? No, it will be none of those old-fashioned OSes.

The next big operating system doesn't have a fancy user interface or require virtual-reality goggles hell, you can't even see it. Neither does it require a manual or take years to get used to, because you're trained how to use it from the moment you arrive in the maternity ward. If you haven't guessed already, I'm talking about Alexa.

Amazon's voice assistant is already in more rooms in my house than any other computer it's in our bedrooms, the living room, the kitchen and my office. And Amazon's latest round of Alexa gadgets prove one thing conclusively: Amazon wants you talking to Alexa absolutely everywhere.

Take the Alexa-powered microwave. At first blush, it seems bonkers. Do you really need to issue a voice command to cook a jacket potato, rather than just press some buttons like we have done for the past 30 years? It might seem like ludicrous overkill, but look at the bigger picture.

Amazon doesn't only sell smart kitchen appliances, it sells the food that goes in them. You don't have to peer too hard into the crystal ball to imagine a scenario where you're picking your evening meal from your smartphone on the train home from work and an hour or so later the Amazon driver arrives at the front door with a ready-made set of ingredients (this service is already available in London).

You take the box from the delivery guy and walk into your kitchen, where your Amazon Echo Show is already displaying the cooking instructions on its screen one of the new features of the upgraded Show released last month. When it comes to cooking the rice for your meal, the microwave oven already knows how long you need to cook it for because it's following the same recipe you are. A home-cooked meal, ordered, fulfilled, managed and partly cooked, all by Alexa.

What if you drive home from work instead of taking the train? Not a problem. The newly announced Echo Auto can take your meal order by voice instead of swiping at the smartphone screen. And it will let you call your family to let them know you're on your way home and to keep an ear out for the Amazon delivery guy.

Not that they really need to do that. The Amazon-owned Ring video doorbell will let your wife instruct the courier to leave the food parcel around the back if she's out walking the dog when the delivery arrives. She might even be able to remotely open the front door and let the Amazon guy leave the food in the safety of the porch if you've got one of those fancy doorbells with the ability to remotely unlock the door, too.

Windows powered our PCs, Apple and Google powered our phones, but Alexa's running our homes and will soon control the world. It won't just be the next big operating system, it will be the biggest of them all.