Windows 10 is finally the world's most popular desktop OS

However, Windows 7 is still hot on the operating system's heels 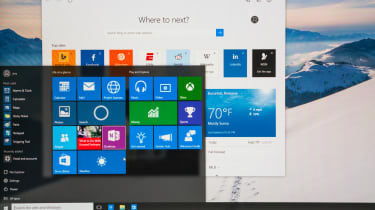 Windows 10 has become the most widely-used desktop platform across the globe, Netmarketshare has revealed, with its 39.22% market share edging past Windows 7 for the first time.

Microsoft's Windows 7 has continued to dominate the operating system market despite the software now being over nine years old and having been succeeded by Windows 8 in 2012 and Windows 10 in 2015.

The ageing software, however, still holds 36.90%, showing there's still a little way to go before Windows 7 is phased out in line with Windows XP and older desktop OSes.

These figures are in line with other analyst firms that suggest Windows 10 is gradually taking hold of the market. For example, StatCounter revealed Windows 10 had overtaken Windows 7 a year ago, although migration did stall throughout 2018.

In the same report, Netmarketshare revealed that MacOS had become the third most used operating system globally, with 10.65% of the market, while Windows XP is still being used by 4.54% of computer users. The widely unpopular Windows 8.1 platform is still used by 4.45% of the population, with a further 2.78% of the share going to Linux.

Although Microsoft has attempted to push people to migrate to Windows 10, through various free upgrade periods, migration has been slow given the popularity of Windows 7 and a reluctance from business users that need to ensure all software and legacy systems are compatible. Additionally, upgrading entire organisations to Windows 10 can be a logistical nightmare, but with Microsoft terminating support for the operating system in a year, it's something businesses need to take seriously in 2019.

Microsoft claims Windows 10 is the most security-heavy platform to date and despite there being a few major hiccups rolling it out, it's certainly gaining traction in both the business and consumer world.

It's also seen somewhat of a design overhaul, with a significantly modernised UI and moving away from many of the clunky additions found in Windows 7 and Windows 8.