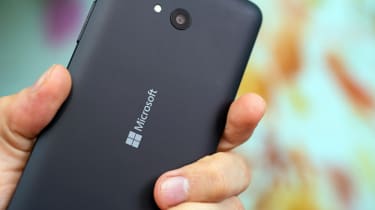 Windows 10 Mobile, once touted as a competitor to Android and iOS, will no longer receive critical security updates from December this year as Microsoft sounded its final death knell.

From 10 December 2019, Microsoft's mobile operating system (OS) will no longer receive any security updates or hotfixes for free, with Windows 10 Mobile users recommended to migrate to iPhone or Android devices.

Microsoft quietly announced the news in an update to its Windows Mobile FAQs, saying that all support for both its OS, as well as Windows 10 Mobile devices such as the discontinued Windows Lumia, will be withdrawn.

"Technology has evolved along with the needs and expectations of your customers and partners who have already adopted Android or iOS platforms and devices," Redmond said in its FAQs.

"Microsoft's mission statement to empower every person and every organization on the planet to achieve more, compels us to support our Mobile apps on the supported Android and iOS devices."

The December 2019 end-date applies for both consumer and enterprise customers, Microsoft confirmed, with business users encouraged to contact their account team with the firm for any further questions.

Its decision to kill off support for its flagship smartphone OS may not come as a surprise given the last major update, version 1709, was released more than a year ago in October 2017. Moreover, Windows 10 Mobile's market share for December 2018 stood at a paltry 0.33%, according to Statcounter figures. This, for reference, is against Android's 74.36%.

Windows Phone OS never truly took off in the same manner as Google's competing platform since its first iteration, Windows Phone 7, was released in October 2010.

Microsoft has now seemingly killed off its entire venture into the Mobile OS market with end-of-life for Windows 10 Mobile's latest version set for just under a year from now. Devices serviced by the previous version 1703, however, will reach end-of-life far sooner, on 11 June 2019. Support for device backups, meanwhile, will end on 10 March 2020.

Windows 10 Mobile has undergone a slow and drawn-out death, with Microsoft gradually decommissioning its mobile platform in small and incremental ways. For instance, a number of apps pertinent to the workplace such as Teams and Skype for Business were pulled from the Microsoft Store in May last year.

The decision to pull support for these apps, which Microsoft explained at the time by suggesting "we are not focused on building new features for the system", was seen at the time as indicative of Windows 10 Mobile's inevitable demise.