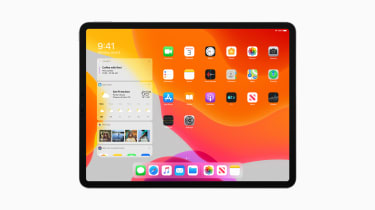 After nearly a decade of joint development alongside the iPhone, Apple has finally given the iPad its own operating system.

The predictably-named iPadOS builds on the strategy of making the iPad a true flagship product in its own right that sits at the midpoint between smartphone and laptop.

On the more mobile-flavour side, this means a new Home screen layout with Today View option and more apps displayed per page. It also means more functionality for the Apple Pencil, with users able to mark up and send webpages, documents and emails by swiping the stylus from the corner of the screen. The latency of the Apple Pencil has also been cut down from 20ms to just 9ms.

On the more desktop-feel side, there are features like an enhanced Files app with support for iCloud Drive and external drives, such as USB-C drives, memory cards and SMB file servers, to facilitate document sharing and collaboration. It also brings better Safari performance - includingthe ability to autom-optimise web pages for iPad - and improved text editing thanks to increased gesture support, with new shortcuts for common tasks like cut, copy and paste.

Other features include the popular Dark Mode, which is also being introduced with iOS 13, custom fonts, a floating keyboard with support for QuickPath, and Sign In with Apple. 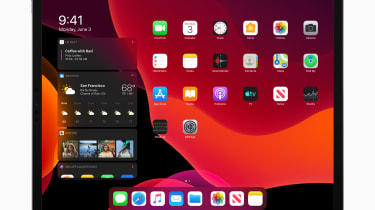 "iPad transforms how people work and express their creativity, and with iPadOS, we're taking it even further by delivering exciting capabilities that take advantage of its large canvas and versatility," said Craig Federighi, Apple's SVP of software engineering. 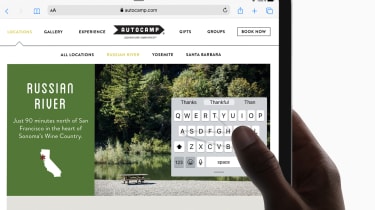 iPadOS is compatible with iPad Air 2 and later, all iPad Pro models, iPad 5th generation and later and iPad mini 4 and later. It's available to developers immediately in beta and there will be a public beta starting at the end of June. Those who wish to wait and receive the fully formed OS will be able to get it as a free update in autumn.