OS war – what was it good for? Absolutely nothing

Operating systems are dwindling towards irrelevance, and that’s no bad thing 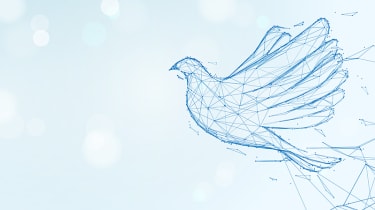 When PC Pro was born nearly 25 years ago, it didn't start life under that name: It entered the world as Windows Magazine. Magazines gathered in little tribes. There was PC Pro, PC Magazine, Computer Shopper and several others all vying for the Windows users, and then there were MacUser and MacFormat trying to tempt the Macolytes. Later on, the Linux mags came along, once the writers had managed to unjam their beards from the printer.

There wasn't with the possible exception of the ultra-snobby Wired one magazine that served all those audiences, because why would they? What would a Mac owner want to know about the new advances in Windows 98? It just didn't compute.

A quarter of a century later, the operating system is on the brink of irrelevance. Nothing much is defined by the OS that you use. You could be running macOS, Windows, Android or iOS, even desktop Linux, and to a large extent your day-to-day work would be unaffected. Files flow freely from one OS to another with compatibility rarely raising its ugly head. Computing's tribes have never rubbed along so harmoniously.

This outbreak of peace has had a dramatic effect on the computing landscape, and nowhere more so than at Microsoft. The company's mantra used to be "Windows everywhere"; now it's getting harder to find mention of Windows anywhere. New Windows releases used to be huge staging posts, now they're little more than blog posts. The recent Build conference, once the place where we tech journalists flocked to get a full day's advanced briefing on all the new features in the next version of Windows, barely made mention of the W word, according to those who were there.

Microsoft's embrace of Linux and its conversion to the Chromium engine for the Edge browser are based on a realisation that Microsoft failed to grasp for too long: despite those billion or so users, the world doesn't revolve around Windows anymore.

It's hard to think of anything but niche software packages that could survive by chaining themselves to a single OS anymore. In the process of researching and writing this column, I've gone from Word on my Windows laptop to finishing it off on the train using Word on my iPad Pro. I read the background articles using Chrome on my Android phone, clipped quotes and notes to OneNote mobile, which I've accessed on the other platforms, and saved the copy itself in Dropbox. Had any of these applications or services been tied to a particular OS, I wouldn't be using them.

Twenty years ago, Sun boss Scott McNealy used to lose his rag at every press conference when asked about Windows. "Who cares about operating systems?" he would bellow. "Nobody knows what operating system is running inside their car or their mobile phone," he would argue, in the days before iOS and Android were even conceived. They were, to his mind, an irrelevance.

He was wrong at the time, but he would be entitled to say "I told you so" if he were still around to swagger into press conferences now. The OS is dwindling in importance. Like a good football referee, you barely notice it's there at all. Even Microsoft has sussed that the operating system just has to get out of the way, which is why it's worked hard to reduce unwanted interruptions from security software and the dreaded Windows Update. To use the favourite phrase of a former editor, Windows has learned to "just deal with it".

While a small part of me misses the tribalism and the pub banter with the smug Mac brigade (they probably had reason to be smug, truth be told), the "anything for an easy life" part of me is relieved. I can pick up almost any device and be confident that it will let me get on with the day job. Only a few specialist apps are tied to a particular machine. Windows doesn't really matter any more it's a good job we changed PC Pro's name all those years ago.