Upgrading to Windows 10: everything you need to know

Thinking of introducing Windows 10 in your business? You should be. Here’s what you need to know about the process. 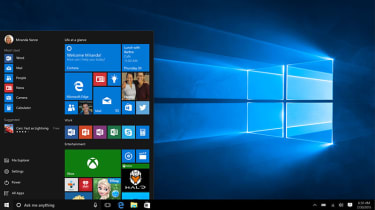 Much has been made about the free Windows 10 upgrade for consumers, but many in the business community may be wondering: what about us?

Truth be told, the latest version of Windows has always been made freely available to enterprise customers with a Software Assurance agreement. Smaller businesses running Windows 7 Pro or Windows 8 Pro, meanwhile, can take advantage of the same free, in-place upgrade as consumers.

In short, there's no reason why businesses shouldn't at least be considering a Windows 10 migration, whether as part of a regular hardware refresh, upgrading existing PCs or both. Indeed, many companies are already doing just that. A survey of 500 IT professionals conducted in summer 2015 by Spiceworks found that 96% were already interested in Windows 10 before it had even been released, and six out of ten had already started evaluating preview versions of the operating system.

If you don't want your company to fall behind your rivals, here's what you need to know about the upgrade.

If you haven't started doing so already, there's a 90-day trial version of Windows 10 available for free download which allows your company to start evaluating the new OS. This lets IT managers test Windows 10 with existing business applications and hardware.

Application compatibility shouldn't be a major problem: the vast majority of applications that ran under Windows 7 or Windows 8 will be fully compatible with Windows 10. There are some potential problems to watch for, however. Windows 10 no longer includes the XP Mode facility found in Windows 7 Pro, for example, which some businesses used to keep legacy applications running. Windows 10 does provide the facility to run Windows XP within a virtual machine, which may be all you need to keep any XP-era apps running smoothly, but this will need to be thoroughly tested before deployment.

Hardware may be a little more problematic. Although the minimum hardware requirements of Windows 10 are no greater than they were for Windows 7, problems may arise with drivers for ageing components that the manufacturer no longer supports. Wireless radios (3G/4G/Wi-Fi) and trackpad drivers are two particular areas of concern. Again, any existing hardware being considered for upgrade should be thoroughly tested before deployment. HP offers a Driver Pack for both 32-bit and 64-bit versions of Windows.

Such problems can, of course, be avoided by refreshing hardware alongside the operating system. Machines that come with Windows 10 pre-installed will have been validated by the hardware manufacturer, almost eliminating the risk of faulty/outdated drivers. They also carry no risk of something going wrong during an in-place upgrade or clean installation, potentially saving your IT department an enormous amount of time.

New PCs are also more likely to come with the hardware required to take advantage of Windows 10's new business-friendly features. For example, Windows Hello now allows your staff to log in using facial recognition, sparing them the hassle of remembering passwords and reducing the amount of time the IT department spends supporting forgetful users. However, this feature requires specialist 3D camera equipment that's now starting to be built into devices such as the HP ENVY 15t Touch RealSense Laptop. The feature doesn't work with the standard webcams found in existing Windows 7/8 machines.

Even if you are planning to introduce new hardware alongside Windows 10, it's highly unlikely that you're going to be replacing all of the company's PCs during the deployment. There will still be machines that you might wish to upgrade to the new OS.

The good news for IT managers is that Microsoft has massively streamlined the upgrade process, making in-place upgrades a far less painful experience. It's possible to upgrade a machine loaded with user data and existing applications in as little as 15 minutes. The days of PCs being out of commission for hours on end whilst Windows upgrades are being performed are over.

In-place upgrades are also much more convenient for end users. Data such as browser bookmarks, saved passwords and application preferences are normally perfectly preserved during an in-place upgrade, sparing them the disorientating feeling of starting afresh with a clean installation, and sparing the IT department the rigmarole of attempting to migrate or synchronise such data to a new PC.

Microsoft also offers a vast suite of deployment tools with Windows Server 2012 that makes it easier for IT departments to handle migrations to Windows 10 and manage users running the new operating system. The potential use of such tools should be built into your migration plan, which should cover full details of testing, evaluation and deployment.