Windows 7 shouldn't be used for sensitive tasks once it hits end of life, says the NCSC 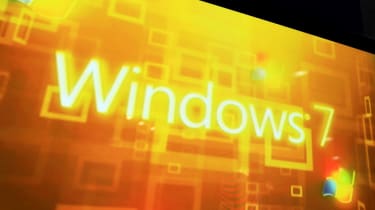 Windows 7 should not be used for sensitive tasks, such as banking or email, after the decade-old software hits end of life tomorrow, the British government's security service has warned.

The National Cyber Security Centre (NCSC), the public-facing arm of GCHQ, issued the warning ahead of Microsoft ending extended support for the ten-year-old operating system on 14 January, meaning Windows 7 will no longer get any security updates and that flaws will go unpatched and left open for hackers. Businesses will still be able able to pay to get security updates for the next three years.

"The NCSC would encourage people to upgrade devices currently running Windows 7, allowing them to continue receiving software updates which help protect their devices," an NCSC spokesperson told The Telegraph.

"We would urge those using the software after the deadline to replace unsupported devices as soon as possible, to move sensitive data to a supported device and not to use them for tasks like accessing bank and other sensitive accounts," the spokesperson added. "They should also consider accessing email from a different device."

The NCSC noted that criminals started targeting Windows XP immediately after extended support ended in 2015, though Microsoft has issued a handful of emergency patches for serious vulnerabilities despite officially ending support.

As of the end of 2019, Windows 7 was still used on 27% of desktops and laptops globally, according to Net Applications' Market Share, while 55% were on the most recent version, Windows 10. Indeed, a tiny slice, just over 2%, remain on Windows XP.

That includes consumer devices around the world, but Kaspersky warned last year that as many as half of small businesses still use older operating systems, such as Windows 7, despite the significant security risk. That's partially down to cost and dependence on apps unsupported on newer systems, but also down to habit, the security firm said. This is despite a number of high-profile attacks such as WannaCry, which targeted Windows 7 machines.

For those who prefer to plan ahead, Microsoft has already announced that it will end support for Windows 10 in 2025.