Although official support has been withdrawn, the ghost of Windows 7 is likely to linger for many years to come 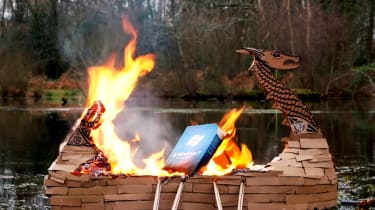 It's now official: Microsoft's extended support for Windows 7 has now come to an end, marking the retirement of an operating system that enjoyed enormous success and popularity over its ten-year lifetime.

Organisations across the globe should now be working to ensure Windows 7 is removed from their environments, although, given the nature of software migration, it's very likely that the operating system will maintain a large market share for many months to come.

The moment is bittersweet, as although Windows 10 has been the most popular desktop operating system globally since December 2017, the decline of Windows 7 has been remarkably slow given that it first hit the market in 2009.

An intuitive design, stable performance and a much-loved taskbar were a breath of fresh air following the widely criticised Windows Vista, something that helped maintain its popularity through the disastrous launch of Windows 8.

The death of Windows 7 seems to have hit some harder than others, but fortunately, the measured, stable, and not at all unhinged IT industry has decided to give the software the send-off it deserves.

The outpouring of love on social media ranges from touching to the truly bizarre.

Starting today if your computer is running Windows 7, you and your computer are at risk. #Windows7 #Microsoft pic.twitter.com/qAcYs17LFH

RIP Windows 7...To mark the end of life for #Windows7 we held a funeral for the beloved operating system. Find out more, including insights from our latest research here: https://t.co/mqamFmkZES#Windows #Microsoft pic.twitter.com/iZFu5pXDLg

Listen to Barb, #windows7 only has 4 more days! #coloradosprings pic.twitter.com/2JGipJH8Wn

However, the best tribute so far comes courtesy of employees at Databarracks, who decided to express their reverence of the software by holding a traditional Viking funeral, complete with a little boat.

As of December 2019, Windows 7 held a market share of just under 27% globally, although this varies considerably depending on the demographic you look at. In the regions of Africa and India, for example, almost 40% of desktops are running Windows 7, while areas such as the US and the UK lead the way with 18% and 16% respectively.

The numbers stand in stark contrast to those of Windows Vista and the much younger Windows 8 - a sign that the ghost of Windows 7 is almost certainly going to linger for many years to come.

Those that have been heavy reliant on Windows 7 should have already started to migrate away from the OS. However, for those looking for tips about how to move operations over, we've put together this handy guide, although perhaps it's time you start looking for Microsoft alternatives.