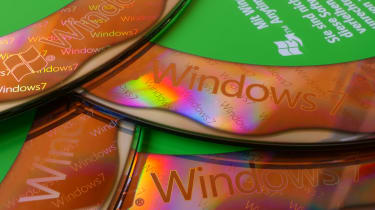 Windows 7 users have reported experiencing a serious unexplained bug that prevents them from shutting down or rebooting their systems.

Reports began circulating online late last week of Windows 7 users receiving a popup message claiming they don’t have the right permissions to turn off their systems, according to posts on Reddit.

The frequency of reports has since amplified, with many users speculating as to the reasons why as well as suggesting long-winded workarounds in the absence of an official fix issued by Microsoft.

The unusual bug reportedly occurs whenever users attempt to shut down or reboot their PCs, with some users suggesting it’s directly related to interference from Adobe services.

“In my case, Adobe has a service called "Adobe Genuine Monitor Service", and if I disable it, then restart, I can shut down like I used to from the "Shut Down" button in the Start menu,” one user posted on Reddit, which was corroborated by another.

One workaround, suggested by the same user, involves logging in with any other user account besides the administrative account before the Adobe service starts up.

They found they can also shut down with any other user account, so long as they remain logged-into the first account they used when firing up their device.

Although Microsoft dropped support for the OS last month, its market share still remains fairly healthy, with approximately 25.6% of the desktop OS market being Windows 7 devices.

The fact that Microsoft has officially shifted it into its end-of-life phase, meanwhile, also calls into question the consistency of its patching regime moving into the future.

The company previously acknowledged and patched a bug in the legacy OS that led to many users’ wallpapers being replaced with a solid black colour on 23 January, after the date on which Microsoft ended support.

Issues such as users not being able to shut down devices may arguably warrant closer attention, but continuously releasing patches may also defeat the point of Microsoft shifting Windows 7 into end-of-life.

Extended support, meanwhile, has been made available now that the 14 January cut-off date has passed, but only to a handful of business customers.

"We are aware of some Windows 7 customers reporting that they are unable to shut down without first logging off and are actively investigating," a Microsoft spokesperson told IT Pro.