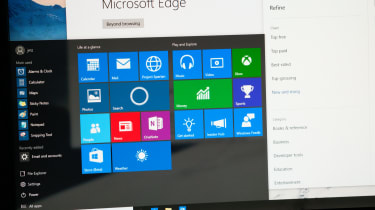 Microsoft has given some breathing room to organisations running older versions of Windows 10 by delaying final security updates due to be released over the next few weeks.

These changes are being made in light of the coronavirus pandemic, which has caused an untold level of disruption, with many businesses migrating their workforce to remote working patterns.

“Microsoft has been deeply engaged with customers around the world who are impacted by the current public health situation,” a Microsoft update said.

“As a member of the global community, we want to contribute to reducing the stress our customers face right now. To that end, we have delayed the scheduled end of support and servicing dates for the following products to help people and organizations focus their attention on retaining business continuity.”

These versions of Windows 10 were no longer meant to be supported through the rest of 2020 and beyond, with Microsoft keen to encourage businesses to stay up-to-date with the latest iteration of its flagship OS.

The reality, for many businesses, is that it’s more difficult in practice staying up-to-date to this degree. Moreover, it’s often undesirable, considering seasonal updates such as these being phased out are afflicted with bugs that need patching shortly after release.

Microsoft is also pausing feature updates for Home and Pro editions running on version 1809, with the rollout process restart being closely monitored in advance of the 10 November end of service date.

Windows Server version 1809, Datacentre and Standard editions will see final security updates delayed to 10 November from 12 May as well. SharePoint Server 2010, SharePoint Foundation 2010 and Project Server 2010 were expected to reach their end-of-service dates on 13 April, moreover, although final security updates will now be released on 13 October.

There were also a couple of applications due no longer be supported by Microsoft, with their final update dates also pushed back. The final release for the Dynamics 365 Customer Engagement web client, for example, has been delayed to December 2020, with updates paused for Dyanimcs 365 Finance, Supply Chain Management and Commerce customers for an extended period of time.

Microsoft has also postponed the disablement of Basic Authentication in Exchange Online for those still actively using it, until the second half of 2021.

The likes of Exchange Server 2010, Office 2010, Project 2010, Office 2016 for Mac and Office 2013 connectivity to the Office 365 services have been unaffected in this update. The end-of-support date for these packages will remain the same as they were.

Microsoft has been making tweaks to the way it delivers software and updates in light of the coronavirus pandemic, with a view to reducing the burden on itself as well as its customers. Windows development, for example, was put on lockdown last month, with developers only working to release the most essential security updates from May 2020.