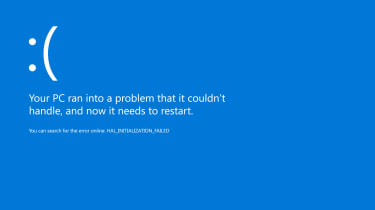 Microsoft has confirmed that a recently-released Windows 10 update, which had already been known to delete user data and cause Blue Screen of Death (BSOD) crashes, is suffering from yet more issues.

The notorious KB4556799 update could now also prevent Windows 10 computers with 4G LTE modems from establishing an internet connection, according to Microsoft Support.

The company confirmed that “after installing this update on a Windows 10 device with a wireless wide area network (WWAN) LTE modem, reaching the internet might not be possible”. It also added that the affected users might find it difficult to pinpoint the issue as “the Network Connectivity Status Indicator (NCSI) in the notification area might still indicate that you are connected to the internet”.

Microsoft stated that it is “working on a resolution and will provide an update in an upcoming release” but has not provided a more detailed timeframe on when a fix would be delivered.

This might prove troublesome to a lot of Windows users relying on 4G connectivity while working from home during the coronavirus lockdown. With the UK’s 5G infrastructure still under construction, 4G modem-equipped devices have been a popular choice among PCs users invested in fast connectivity.

The KB4556799 update was released on 12 May and aimed to make numerous improvements to Windows 10 security features when using Internet Explorer, Microsoft Edge and Microsoft Office products. However, users soon started reporting widespread issues caused by the update, which Microsoft is “continuously investigating”.

Twenty-six Office 365 security pain points – how to relieve them

KB4556799 is not the only Windows 10 update which is wreaking havoc among Microsoft users. Last month, the similarly-named KB4549951 update was also reported to cause BSOD errors, booting issues and poor PC performance. Users affected were advised to uninstall the update, and this recommendation could also prove helpful to those troubled by KB4556799 issues.

Last week, Microsoft reported it was adding GUI app support and GPU hardware acceleration to its Windows Subsystem for Linux (WSL). The company developed a Direct X driver for its WSL that, it says, allows “applications running inside of the Linux environment [to] have the same access to the GPU as native applications on Windows.”