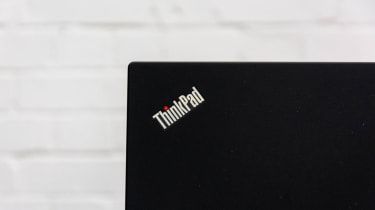 Lenovo has identified five major errors that may occur when users upgrade their ThinkPad devices with the latest version of Windows 10 after testing the May 2020 Update for any compatibility issues.

The latest update to the Windows 10 operating system, dubbed version 2004, was released with a number of significant flaws towards the end of May, with Microsoft warning some users against updating their systems as a result. This was after the developer had to delay the update initially due to the last-minute discovery of a zero-day vulnerability.

Having tested version 2004 with dozens of Lenovo machines, five additional errors that users may encounter have been identified affecting ThinkPad devices.

These range in severity from limitations with video drivers causing obscurities to manifest in certain apps, to some drivers failing altogether. These errors are as follows.

Users with Lenovo ThinkPad P70 devices may inexplicably encounter the infamous blue screen of death (BSOD) after the system is resumed from sleep or hibernate modes. This is suspected to be related to an error in the system BIOS, although it’s still under investigation.

To avoid the BSOD, Lenovo has recommended that users roll back to the previous iteration of Windows 10, dubbed version 1909, until the issue is resolved and a fix is released.

Affecting Lenovo ThinkPad E570p and ThinkPad L570 machines, users may encounter an error message due to a limitation with the UltraNav driver after recovering their machines from a system image.

The error message will be displayed as “Failed to load Apoint.DLL, Alps Pointing device application has stopped”, although ca be resolved by updating the UltraNav driver through Device Manager module.

After upgrading from the Windows 10 Autumn 2019 update to version 2004 on a string of ThinkPad devices including the ThinkPad X1 Extreme Gen2, and the ThinkPad E15 Gen 2, users may encounter a yellow warning mark on the disk drive.

To resolve the problem, and to continue to use the BitLocker hard driver encryption feature, users will need to right-click on the disk drive with the warning mark, turn on BitLocker and then turn off BitLocker.

Users with ThinkPad X395 devices may encounter a green border when attempting to resize the window of the Movies & TV application. This is due to a limitation with the AMD video driver fitted into the device, and cannot be resolved using a workaround, although an update for the driver should be available after 15 June 2020.

Failure in the system recovery process

During the system recovery process on the ThinkPad X1 Tablet Gen3, the F11 hotkey may not work normally. Although the target fix date won’t be until 29 June 2020, Lenovo has advised users to navigate to the Keyboard Manager settings in the Control Panel.

Users can navigate to the Lenovo support page for more information.