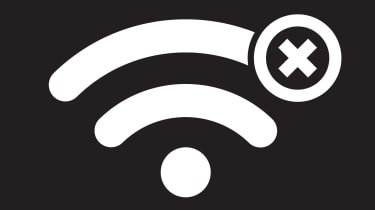 Microsoft is investigating reports that Windows 10 is falsely suggesting users who have upgraded to the latest feature update aren’t connected to the internet, despite them experiencing a stable connection.

Bizarrely, this issue, which is being widely reported online, is also causing some desktop apps, such as Cortana and Feedback Hub, to break because these applications believe the device is not connected to the web, according to Windows Latest.

“I am running on Windows 10 Enterprise, Version 2004, OS Build 19041.264,” one user commented. “I recently changed to the Windows Insider Program and updated Windows.

"In the taskbar, the Wi-Fi icon shows No Internet Access, but I have a stable internet connection wirelessly (Ex: I can browse the internet, ping IP Addresses, etc.). Another problem is when I try to open Cortana it also says that I have no internet connection (By the way, I can also open Microsoft's website).”

The bug manifests as the Wi-Fi icon to the bottom-right of the icon tray incorrectly displaying a ‘No Internet Access’ message. While users are still able to browse the internet, as normal, a host of apps seemingly rely on this status message in order to establish connections, with software such as Spotify and even the Microsoft Store failing to reach their servers.

Microsoft is aware of the Network Connectivity Status Indicator (NCSI) issue, according to a contract worker posting on a Microsoft forum, but the bug hasn’t yet been resolved.

Most users experiencing the issue have complained only after upgrading to version 2004, also known as the May 2020 Update.

This is simply the latest in a string of minor, and major, issues that have arisen after Microsoft first launched its major May 2020 Update. This update, in the first instance, was initially delayed after the last-minute discovery of a zero-day flaw.

Microsoft subsequently warned users against installing the May 2020 update until a set of other issues were resolved.

Several issues have since come to light including incompatibility problems with certain Lenovo devices, as well as a Google Chrome flaw whereby the web browser logs users out of their accounts and wipes stored information such as cookies and passwords.