Users have the option to uninstall the forced update 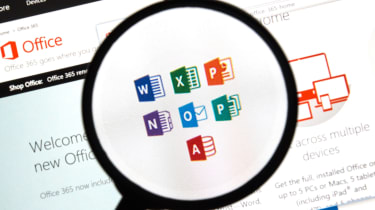 PWAs are web-based apps that are accessible through browsers, such as Chrome and Microsoft Edge. Microsoft currently offers five Office apps: Word, Excel, PowerPoint, OneNote and Outlook. Normally, you need a Microsoft account to access these web apps and must install them manually using Edge or Chrome.

Microsoft now appears to be experimenting with a new feature that will add PWAs to your Windows 10 device without approval. This comes after the recent stable update of Microsoft’s Chromium-based Edge browser. As of now, Microsoft is A/B testing on select Windows 10 Insider customers’ devices. However, it could also extend to non-Insider machines.

If launched, the PWAs will open in Microsoft Edge with a minimal browser interface, similar to a native app. Users can also expect shortcuts in the Start menu. Netizens have expressed mixed views on Microsoft’s forced Edge experiment.

“Microsoft is performing a test where they are installing a suite of Office progressive web apps in Windows 10 without asking permission from the user. Isn't that the definition of Malware? Or at least a PUP?," commented one user.

“If Companies don't push new features to users, most of the users don't find out what's new,” said another user.

If you don’t want to use Office web apps, uninstalling is relatively easy. Head to the Control Panel, click “Programs & Features” and uninstall the apps. You can also uninstall the apps directly in Microsoft Edge by typing “edge://apps” into the URL box.