Microsoft has given itself one year to cut ties with Windows XP. But does the decade-old operating system remain a viable business option? 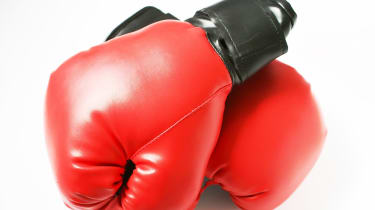 Microsoft is a company that's increasingly willing to play hardball to stop itself repeating the errors of the past. In recent times, users of the webmail service Hotmail have found themselves migrated to Microsoft's online Outlook product instead, whether they've wanted to go or not. And currently, the firm is in the middle of shutting down its MSN Messenger service which, like Hotmail, has well over a decade of service behind it as it looks to move its customer base over to Skype.

Given that Microsoft paid some $8.5 billion for Skype in a deal announced back in May 2011, it's understandable that it wants return on that (as integration into its Office 365 service has proven). That said, there's a bit of not just robbing Peter, but taking him off the streets, to pay Paul.

Of the many looming shadows over Microsoft though, it's hard to ignore the company's historic inability to migrate large numbers of customers to newer versions of its products. Apple has this down a tee, somehow making even new iPads released less than a year after the last one into a must-have. Microsoft, bluntly, does not.

It's tried a selection of methods in the past, some involving the proverbial carrot, some involving the proverbial stick. Yet the user bases of both Windows XP and Office 2003 a pair of products that have also earned themselves whatever gift is going these days for 10 years' service have been slow to upgrade. The reasoning? The products they're using do what they need them to do. With that in mind, why change?

Yet Windows XP is a tricky product for Microsoft. Had it not misread the brief boom of the netbook marketplace with the launch of the Eee PC, it may have been able to retire it earlier. But netbooks broke through at a point when Microsoft's then-current operating system was its most bloated: Windows Vista. A product utterly inappropriate for lighter systems, the Redmond tech giant had little choice but to dust down XP and give it a further lease of life. As such, support plans had to be extended too.

It's been Windows 7 that finally managed to sort out the migration issue for Microsoft, with the firm finally offering an operating system that people actually wanted to upgrade to. As such, statistics from StatCounter placed Windows 7 at 53.98 per cent of worldwide operating system use in April 2013, although Windows XP still sat at 21.6 per cent. Worryingly for Microsoft, Windows 8 is struggling, at just 4.74 per cent, behind the likes of Mac OS and Windows Vista. More worryingly for Microsoft, the proportion of XP users amongst corporate customers is even higher. Indeed, Ovum estimates that 28 per cent of business Windows users have stuck with it.