The future of outsourcing

What will the partnerships of the future look like? Mark Samuels considers the options. 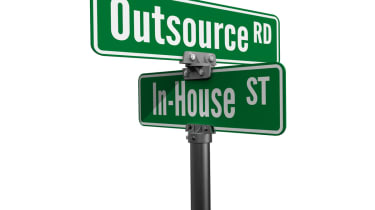 The nature of outsourcing has changed and modern CIOs demand different types of relationship with their external partners. Rather than simply working with one or two major suppliers, IT leaders in search of best value now work with a broad range of external providers across a series of contract types.

External service provision used to be characterised by CIOs using a trusted partner as part of a mega-deal. Technology chiefs passing the management of non-core IT services to a single provider typified such contracts. But big outsourcing deals are becoming rare indeed. The recently released European ISG Outsourcing Index confirmed the continued demise of the mega-deal.

There were just 11 deals with an annual contract value of more than 32 million in the second quarter of 2013. That relatively small number of mega-deals represented the weakest performance for providers since the third quarter of 2010. The change in outsourcing, however, cannot simply be characterised by a reduction in the total number of big deals.

Rather than focusing on large-scale IT outsourcing contracts, C-suite executives are now using external service specialists to cover a broad range of business demands. The ISG Index shows how business process outsourcing in Europe continues to flourish, with a 22 per cent year-on-year rise during the second quarter of 2013 that helped create a total annual contract value of 700 million.

The cloud is also providing another key route to external service specialism, with executives using the inherent flexibility offered through on-demand provision. Researcher IDC predicts the cloud will account for $1 of every $5 spent on software by 2016.

So, how can CIOs successfully manage a patchwork of providers to create benefits for the rest of the organisation? ISG director Andrew Walker, whose firm compiles the aforementioned Outsourcing Index, confirms organisations are increasingly breaking up their IT contracts and using multiple service providers, whether internal or external.

He says the main driver behind the trend is to allow businesses to maximise their performance by tapping into the expertise offered by specialist providers, rather than working with one specific supplier. "This approach can both increase the standard of outputs and have significant cost benefits," says Walker.

"Along with the on-going decline in contract durations, [it] goes some way to explain the decline in mega-deals seen during the past five years."