Five signs that it might be time to outsource

Outsourcing isn't the right solution to every problem, but it can be an easy route to success 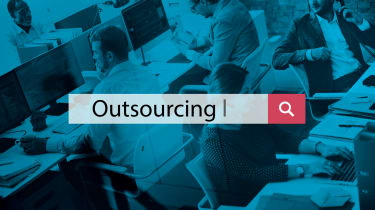 Outsourcing has become so ubiquitous in IT that it can feel suspiciously like a fad. But it's a mistake to dismiss an idea solely because it's popular. And this one is no flash in the pan: in the past decade, half a dozen techie trends have been and gone, while outsourcing has continued to grow.

When issues such as edge versus fog are long forgotten, it's a safe bet that smart businesses will still be availing themselves of the advantages of outsourcing.

That's not to suggest that outsourcing isn't the right solution to every problem. But it's common to see businesses sticking with what they know for longer than they should. Here are five potential red flags that could mean it's time for you to join the ranks of successful outsourcers.

1) The business is built around the boss 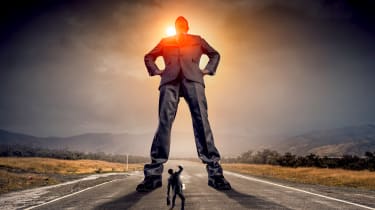 I've worked with numerous enterprises where the CEO was also the primary technician, developer and head of procurement. I don't just mean little startups, but bona fide enterprises, with big names and turnovers in the tens of millions.

These were smart people, but this is putting an uncomfortable number of eggs in a single basket. Any movement of responsibility and knowledge out of that individual's head and onto a professional team is a win for the business, for reasons I'm sure I don't have to detail.

The only problem is that the boss is very unlikely to reach this conclusion by themselves. Such types are rarely eager to give up their high level of control, so moving to an outsourced model becomes not so much an organisational challenge as a psychological one even if, in practice, all the boss is really giving up is the work of implementing applications and websites.

What if you are that boss? I've personally known quite a few of those people who write the code, design the web pages, build the PCs, set up the router and take pictures for the product catalogue. In that case, you just need to understand this: if you can say "this place would collapse without me", that's not an indicator of success it's an indicator of risk.

Perhaps you will find it reassuring to know that you don't necessarily have to hand everything over to a third party: outsourcing always involves balance and compromise. Even so, the more diverse your IT arrangements, the better they'll be able to survive unexpected disasters.

Indeed, the requirement to document and detail what you're handing over can itself provide a very valuable kick in the pants, exposing bodge-up solutions before they become a serious problem. I've lost count of the times I've heard bosses laugh about how they've cleverly evaded their licensing obligations, or copied and pasted entire systems from online libraries without fully understanding how they work. No professional support or services provider will put up with that, and good thing, too.

2) Your home-grown practices are attracting questions 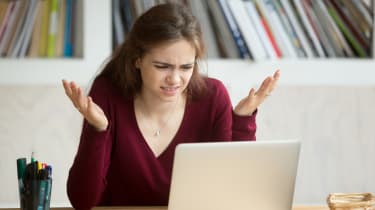 Every business is unique, and many of them are proud of the fact. When I bring up industry standards in client meetings, the proprietor will often take that as a cue to wax lyrical about the company's distinctive history and practices, often with a few digs thrown in at rivals and professional associations that have the gall to do things differently.

But more than ever, business technology is attracting the attention of insurance underwriters, and if the whole nature of your IT estate hasn't already come under scrutiny, you can bet it will. Insurers are becoming canny and well connected enough to ask pointed questions about why Company B isn't doing the same things that Company A does. If you are finding yourself on the receiving end of such an inquisition, you could dedicate time and energy to responding or you could outsource, and sidestep those questions in the first place.

As with most projects, the art of the deal lies in working out how to preserve the good bits of your uniqueness, while merrily jettisoning the bad bits to someone else. Another possible concern these days is that the industry experts and associations may well be a step or two behind the leading edge and the same may apply to your outsourcing partner. You could end up finding that, for example, you can't satisfy GDPR declarations because you're not the actual owner-of-record of the whole platform.

Lines of accountability can get murky, too. In one noteworthy case, I've recently seen, a certain business created a visitor access system that runs on an iPad positioned at reception. Guests tap their details into the app, including their name and details of who they're visiting.

Unfortunately, once you type in "Steve", the iPad helpfully pops up details of all the people of that name who have ever logged in. It's an egregious data-protection hole but who's responsible? The particular office with the specific iPad? The app developer? The industry association that accredited them?

In short, the caveat is that, while outsourcing can rid you of a lot of procedural headaches, it also creates a new obligation to keep on top of who's responsible for what and who can be trusted with what.

3) Compliance is becoming an uphill struggle 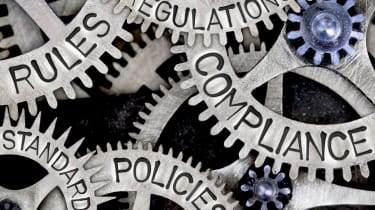 Keeping insurers onside isn't the only challenge you face when you do things in-house. If you roll your own applications then you'll know that getting them through the approvals process for claiming professional capability is not simple.

Compliance used to be a rarefied priesthood thing, limited largely to code reviews, but these days it has crept further out into definitive statements about how certain types of data are stored, how traffic is delivered and so forth.

This makes it a painful business in the short term: all of your little tricks and bodges have to be disclosed and acknowledged. You also have to make a commitment to stay up to date. That's an open-ended promise that could involve some acute and expensive flurries of activity at inconvenient times.

Outsourcing isn't a silver bullet here. Contract out the ongoing development of your core business apps and what comes back may well be just as non-compliant, just as vulnerable and just as retro as your old in-house code. However, you can at least reduce the friction of switching by timing it intelligently. If you were preparing to upgrade to a new platform anyway, taking the opportunity to migrate to an outsourced, cloud-hosted platform instead doesn't involve much additional upheaval.

And, once you have made the initial leap into the cloud, you're in a much stronger position to move on again should the need arise. Certain outsourcing relationships can feel rather abusively one-sided, but when it comes to the cloud, we can thank the founding fathers for foreseeing the value of portability.

4) Your IT function isn't fully understood 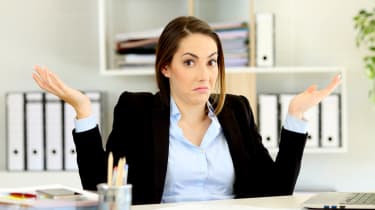 We've already discussed the hands-on, do-it-all boss, but there's another type of leader who can also be a hazard, albeit a well-meaning one, to a growing business a boss who is self- deprecatingly awkward around the IT department.

You know, the sort who will stand up at the company Christmas lunch and warmly declare "I don't know how these guys have kept it all running so well..." Back when IT was a nascent function that organisations could either take or leave, this might have been quite charming, and plenty of people still laugh along with the idea that bosses know nothing at all about what the guys in the basement are doing. But today IT is part of the fundamental fabric of every business and if the boss isn't on top of what the nerds are doing, it implies that they're being given too much autonomy and not enough management.

This can lead to some very inefficient organisations and practices since the IT department will inevitably have its own priorities and instincts. It also raises the danger that, if relations grow sour, "accidents" can happen. In a poorly managed environment, a scorned ex-employee could do an alarming amount of damage on their way out.

The solution isn't to ditch the whole team in one brutal swoop. Leaving aside the ethics of such a move, handing over your entire network to a single external services provider is a risky leap. I have lost count of the number of small businesses whose site and domain registrations have been held hostage by a small, stroppy outsourcer looking for some extra cash.

A better approach is to hang onto your valuable, experienced IT nerds, but engineer a situation where they no longer operate as a de facto information silo. Blending a few specific outsourced functions into the mix will enforce both consistency and transparency. It might be something as simple as setting up a new, empty server, or applying updates to live systems: a good external specialist will be doing these same jobs with 50 other clients, and indeed will be able to tell you a lot about how your own processes stack up.

Your IT roadmap is long 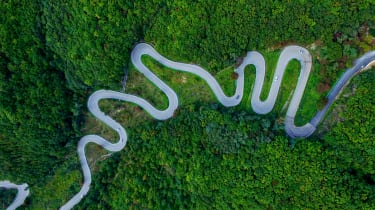 When a business runs its own apps and its own website, it's natural to take a gradualist approach to development. For reasons of caution and practicality, enhancements and upgrades tend to be incremental improvements on what you had before, and project timelines are measured in years.

That's all very sensible and manageable but switching to an outsourced solution puts you on the fast track. You get systems that have been tried and tested by dozens of clients, a development team that's scaled up accordingly, and a head start on both research and implementation.

Working on your own, it might take you years to plan out of a system for extending your accounts and expenses systems onto a smartphone app, and who knows how long beyond that to implement it. In the meantime, you're stuck trying to pair up sticky notes and crumpled receipts, while your rivals are simply snapping their paperwork and heading off to their next meeting.

This may be a slightly facetious example, but it illustrates an important truth. Right now there's a lot of talk floating around about standards for code and communication, making up a whole movement called Industry 4.0. It sounds like jargon, and it is, but there's a significance to the fact that it's two whole version numbers on from what was being touted in 2014 (which focused mostly on the Internet of Things, smart manufacturing and smart cities).

The point is that the industry advances at a hell of a rate much faster than a small, in-house development team can ever be expected to keep up with. As the edges of IT expand, innovators and investors are constantly working on new, transformative ideas. Some of them have the potential to transform your business, and if you hesitate to embrace them, you're only holding yourself back. Sometimes you have to admit that it's better to give up on the slow road and join everyone else on the hype-wagon.