Banking group could be hit with a hefty fine as a result of regulator's investigation. 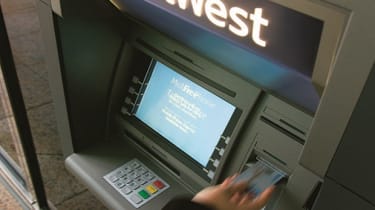 The Royal Bank of Scotland (RBS) Group is being investigated by the Financial Conduct Authority over of an IT glitch that blighted 17.5 million of its customers last June.

The company, which owns the NatWest and Ulster Bank brands, was forced to apologise last summer after a botched software update resulted in overnight bank transfers failing for millions of customers.

As a result, many missed rent, mortgage and salary payments, prompting RBS to automatically waive overdraft fees for those affected.

Banking sector regulator FCA confirmed yesterday that it is investigating the IT failure and will rule in due course whether or not to take action against RBS.

"The FCA has started to conduct an enforcement investigation into the IT failures at RBS which affected the bank's customers in June and July 2012," said the FCA in a statement.

"[The organisation will] reach its conclusions in due course and will decide whether or not enforcement action should follow that investigation," it added.

News of the investigation comes a month after Natwest customers were hit by another technical glitch that prevented them from withdrawing cash or making online payments for several hours.

In a statement, RBS described last summer's IT problems as "unacceptable" and vowed to work closely with UK regulators to investigate the case.

"We have already made significant improvements and over the next three years will invest hundreds of millions in our systems," the company said.

"We will be working closely with our regulators in the UK and the Republic of Ireland. Our customers deserve a service they can rely on 100% of the time and that is what we want to provide."