Half of phishing sites fool users with green padlock symbols

Seeing a padlock no longer a guarantee of security 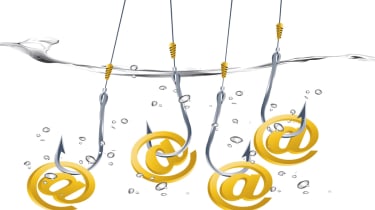 A padlock displayed in a browser bar is no longer a sign that a website is safe. According to reports, half of the known phishing sites display the symbol in a bid to fool victims.

In a new report by PhishLabs (via Krebs on Security), 49% of phishing websites are using SSL, up from 35% during the last quarter and 25% a year ago.

While the padlock has never meant to portray a site as safe (it just means that data exchanged between browser and website is encrypted), it has been assumed by many that the site is somehow genuine. A survey carried out by Phishlabs last year found that over 80% of people thought that the padlock meant that a website was either legitimate and/or safe, neither are true.

"The presence of the padlock does not mean the site is legitimate, nor is it any proof the site has been security-hardened against intrusion from hackers," said Brian Krebs in a report on the finding.

John LaCour, chief technology officer at Phishlabs told Krebs that the adoption of SSL by phishers is a good example in which fraudsters are taking their cue from legitimate sites.

"PhishLabs believes that this can be attributed to both the continued use of SSL certificates by phishers who register their own domain names and create certificates for them, as well as a general increase in SSL due to the Google Chrome browser now displaying Not secure' for web sites that do not use SSL," he said. "The bottom line is that the presence or lack of SSL doesn't tell you anything about a site's legitimacy."

Paul Bischoff, privacy advocate with Comparitech, told IT Pro that the study goes to show that there's no one way to identify a phishing website.

"Making sure the site has a valid SSL certificate indicated by HTTPS and a padlock in the URL bar is just one step. Users should also look for character replacement ("punycode"), subdomains, and other inconsistencies in a site's real URL and webpage. You can usually find the real site by Googling the company name, then check it against the suspected phishing URL. Other means of combating phishing usually deal with emails and other means of getting victims to the phishing site," he said.