UK government "reckless" over lack of Brexit border IT investment

Almost half of the UK border's IT systems need to be upgraded before Brexit, says PAC 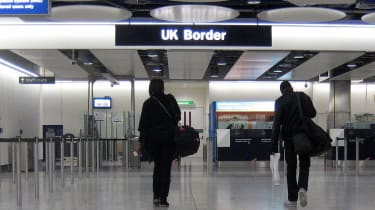 UK border controls could be thrown into chaos on the first day of Brexit as the government has no plans to make the necessary upgrades to ageing IT systems.

This stance has meant that the government's Border Planning Group is not anticipating any major infrastructure upgrades at the border between now and March 2019, despite the claim that many departments are planning for a no-deal scenario, according to the PAC.

However, the report found that 30 of the 85 IT systems currently used at the border crossing will either need to be altered or replaced entirely if they are to work effectively after Brexit. This includes the need for five brand new and three replacement systems to infrastructure currently supplied by the EU.

"Major changes to border management are difficult to make and will require strong coordination across government and with many stakeholders," the PAC report stated. "Given the track record it seems unlikely that all the new systems needed to manage the border effectively after we exit the EU will be successfully delivered, and even if things go to plan, departments accept already that not all the systems would be ready by March 2019."

It added that past difficulties in upgrading IT systems have left many border processes reliant on outdated technology and, in some cases, paper-based systems.

The report also criticises the government's approach to the collection of data, pointing to a failed 2003 e-borders programme designed to improve the collection and analysis of passenger information, which was eventually cancelled in 2010 to the cost of 150 million in unfulfilled contracts. The replacement programme, known as Digital Services at the Border (DSAB), will not be complete until 2019, according to the PAC.

"Government preparations for Brexit assume that leaving the EU will present no additional border risks from freight or passengers. It has acted - or rather, not acted - on this basis," said committee chair and Labour MP Meg Hillier.

"This approach, in the context of what continues to be huge uncertainty about the UK's future relationship with the EU, might generously be described as cautious. But against the hard deadline of Brexit it is borderline reckless - an over-reliance on wishful thinking that risks immediately exposing the UK to an array of damaging scenarios."

Officials are now relying too much on the possibility of a transitionary period in which they will have the time to make the necessary upgrades to the IT systems, the report added.

There are also concerns about funding, as departments are "still negotiating with the Treasury on a case-by-case basis to secure their shares of the 250 million available to all departments". The Home Office has reportedly been given 60 million for the 2017-18 period but is still negotiating about future funding.

HMRC is also still negotiating over its 7.3 million plan to replace its CHIEF system as a contingency in the event that the Customs Declaration Service, an upgraded system that takes into account new requirements from the EU, is not ready in time.

A government spokesperson told the Independent: "We are fully focused on making the UK's exit from the EU a success. We have set out proposals for an ambitious future trade and customs relationship with the EU and we will be setting out proposals for the future immigration system in due course.

"We will, of course, ensure we have the resources we need to continue to run an effective customs, borders and immigration system in the future." 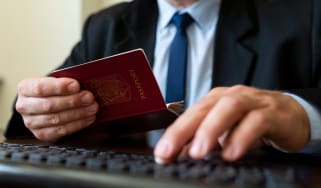