York, Sheffield and London have effectively banned the service from operating 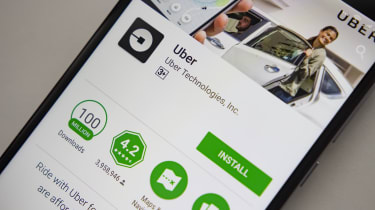 Uber's application to renew its licence in York has been rejected by the city's council, making it the third city in the UK to ban the service amid rising complaints and concerns around its recent data breach, which affected 2.7 million UK customers.

The Gambling, Licensing, and Regulatory Committee for the City of York Council has said it has blocked its application to renew its license, which is due to expire on Christmas Eve.

The council believed that Uber did not meet the 'fit and proper' classification that is required in order for a license application to be successful, citing concerns around the massive data breach that the company covered up until it was exposed last month.

"Applying the legislation, the committee has decided to refuse the application having concerns about a data breach currently under investigation and the number of complaints received. Anyone with concerns about taxis working in the city are asked to report them to public.protection@york.gov.uk."

Uber has the right to appeal the decision within 21 days of the decision, and if submitted, its license would remain in force until a decision was reached.

Uber disclosed in November that not only had it been affected by a massive data breach in 2016, but it had since attempted to cover it up by paying the hackers $100,000 for their silence. The company has since been widely criticised for its handling of the breach, which is thought to have affected over 57 million users globally.

The rejection comes less than a week after Sheffield voted to similarly suspend Uber's license to operate in the city after the company failed to respond to requests for information about its management, with its current license due to expire on 18 December.

In September, a license renewal was also rejected in London after the company was similarly deemed not 'fit and proper' to operate in the city.

Neil McGonigle, Uber's general manager for York, who present at the meeting on Tuesday, told the Yorkshire Post: "This is a disappointing vote for the riders and drivers who use our app in the city. More choice and competition is a good thing for both consumers and licensed drivers in the area. We will review the details of the decision once we receive the formal notice from the council."