The FCC votes to strip back consumer protection regulations 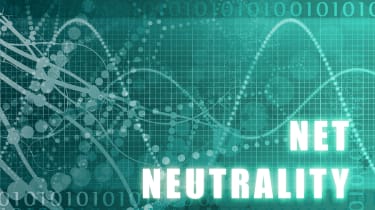 The culmination of an aggressive campaign of deregulation spearheaded by FCC chairman Ajit Pai, the Republican-controlled communications watchdog voted to repeal the Obama-era rules by 3-2, stripping out the 'Title II' designation that meant internet providers had to be treated like utilities providers.

The Commission's two serving Democrats - both of whom were also serving on the Commission when the rules were originally passed - made statements condemning the decision.

Advocates for net neutrality are already getting ready to continue the fight in the US court system, with attorney generals from multiple states including New York, California, Illinois and more pledging to sue the FCC, led by New York Attorney General Eric Schneiderman.

While the fight over net neutrality has drawn attention from around the world, the FCC's decision will not have any immediate impact on anyone outside the US. The EU, for example, has its own net neutrality regulations preventing practises like charging extra for data roaming. It does, however, put future innovation at risk of being stifled.

By removing these regulations, the FCC has freed up internet companies to treat internet traffic however they want. Net neutrality supporters argue that this will allow them to slow down or even block traffic from certain sites or services.

Major US broadband provider NBCUniversal, for example, will now be free to block access to streaming services like Netflix in order to force users towards Hulu, which the company part-owns with other media conglomerates.

Experts have also warned of the possibility of the internet being carved up into 'fast lanes' and 'slow lanes'; with net neutrality gone, wealthy companies can pay ISPs in exchange for delivering their services to customers faster, which could lead to smaller companies being unable to compete with large organisations.

Opponents of net neutrality, on the other hand, have argued that the rules put ISPs off from investing in broadband networks.

"The internet wasn't broken in 2015. We were not living in some digital dystopia," FCC chairman Ajit Pai said. "The main problem consumers have with the internet is not and has never been that their internet provider is blocking access to content. It's been that they don't have access at all."

This is in spite of the fact that a report from advocate group Free Press found that "not a single publicly traded US ISP ever told its investors (or the SEC) that Title II negatively impacted its own investments specifically". In fact, some major providers even upped the amount of network investment they made after the rules were enacted.

Pai, as it turns out, was right about the repeal of net neutrality increasing investment in networks, but not by the big telcos. As a direct response to the vote, Motherboard and parent company Vice Media have pledged to create a community internet network based out of their New York headquarters.

The network will serve the local community, allowing businesses and individuals to connect to the web without going through a traditional ISP. The company will be documenting the process, in order to provide a guide for other organisations and communities looking to do the same.