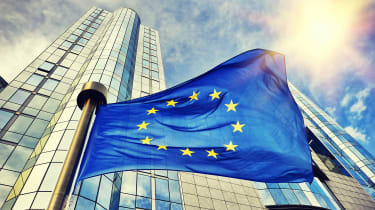 The European Union has confirmed it's to spend around 1 billion (890 million) on developing a supercomputing strategy, without participation from the UK.

On Thursday, the European announced plans to develop a sophisticated supercomputing plan in a bid to compete with the likes of China, Japan and the United States.

According to the Commission, the aim of the project is to develop Europe into a world leader of supercomputing technology - but it faces stiff competition.

While this is a major opportunity for the European Union, the UK Government hasn't announced any intentions to join the project, reports Bloomberg stirring worry for British scientists.

Simon McIntosh-Smith, a professor specialising in high-performance computing at the University of Bristol, told Bloomberg: "Brexit has thrown a lot of uncertainty around the U.K.'s participation and it is really unfortunate and causing delay and confusion."

Alastair Clifton, a spokesman for the Department of Business, Energy and Industrial Strategy, told the outlet the UK has been "taking an active part in development of it and are working on future plans of it", but declined to say why the country hasn't yet signed up to the initiative, saying it remains "an open question" for the future.

The EU has said it'll contribute 486 million to the project, with the rest will coming from member states and other countries that sign up to the project.

When the plan goes ahead, the European Union will invest in two "world-class supercomputers" that can process a hundred hundred million billion calculations per second.

There will also be two "mid-range systems", which will be able to handle tens of millions of billions of calculations per second.Although the European Commission is likely to refine the plan over the coming months, it'll aim to purchase these supercomputers by 2020.

European officials first detailed the initiative, named EuroHPC, in March 2017 but today is the first time that they've spoken about the project's funding details.

Supercomputers are generally measured through FLOPS, and the world's most powerful models can process hundreds of quatrillions of these. Most of them run on Linux operating systems.

The commission expects to have this system in place by 2022 and said the programme is "crucial for the EU's competitiveness and independence in the data economy".

Andrus Ansip, vice-president for the Digital Single Market at the European Commission, said: "Supercomputers are the engine to power the digital economy.

"It is a tough race and today the EU is lagging behind: we do not have any supercomputers in the world's top-ten.He added: "With the EuroHPC initiative we want to give European researchers and companies world-leading supercomputer capacity by 2020 -- to develop technologies such as artificial intelligence and build the future's everyday applications in areas like health, security or engineering."