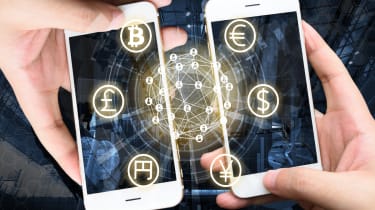 According to research by Innovative Finance, a not-for-profit membership association representing UK FinTech firms, the sector will exceed 100,000 employees by 2030, creating 30,000 new jobs, while the number of companies will more than double to 3,300.

But the report, entitled 'Supporting UK FinTech: Accessing a Global Talent Pool', highlights growing concerns around the the UK's immigration policy - and how the uncertainty could hamper the sector's growth - with 82% of companies saying they already face difficulties recruiting non-European migrants.

Based on literature reviews, interviews, and data modelling, the authors projected a workforce gap of 3% by 2030, amounting to 3,200 highly-skilled workers, primarily as a result of difficulties attracting overseas talent. This is projected to equate with a direct loss of 361 million to the sector.

"Access to talent is a perennial issue, and one which affects all sectors of our economy. This is not in light of Brexit, but Brexit shines a light on it and risks exacerbating the issue further," said Innovate Finance CEO Charlotte Crosswell.

Nearly four times as many overseas migrants work in UK FinTech, 42%, against the workforce as a whole, 10.9%, according to figures from the Office for National Statistics (ONS), meaning the sector is far more sensitive to changes in immigration policy - particularly in light of Brexit.

In response to Brexit, 46% of companies have changed their behaviour or intend to do so, with 86% of those considering relocating outside of the UK, and one in three, 32%, having already delayed planned recruitment activity.

The report said that while steps to provide certainty and prioritise attracting highly-skilled talent from other areas, such as the US, may benefit the sector, a "prolonged period of uncertainty and/or a lack of assurances for EU workers could make it harder to attract and retain the talent that FinTech companies rely on, limiting their ability to grow and prosper".

"However, the potential size of the loss has not yet come to pass and if managed correctly, may not materialise.

"It is up to policy-makers, industry and academia to propose sensible recommendations to mitigate the impact of these findings and to ensure sectors such as FinTech continue to be an engine for UK innovation and growth".

The findings emerge in the wake of a Windrush scandal that has engulfed the Home Office, putting its immigration and deportation policies under scrutiny. The spotlight has also been thrown on the department's 'hostile environment' policy, drafted by the then-home secretary Theresa May in a bid to adhere to her government's infamous 'tens of thousands' immigration pledge.

The scandal came to a head late on Sunday with May's successor Amber Rudd stepping down, saying in her resignation letter she had "inadvertently misled" MPs during testimony when she claimed that the government had no targets for the removal of immigrants.

IT Pro approached the Home Office for comment on the findings of the report, its immigration policy post-Brexit, and whether there is any place for a 'hostile environment' policy in a landscape where businesses are finding it difficult enough to attract overseas talent. It has not responded to our request for comment at the time of publication.

Catherine McGuinness, policy chairman of the City of London Corporation, commented on the report's findings, saying: "As the financial services sector increasingly turns to technology to shape its future, it's essential that the UK is able to attract international talent to unlock the full potential of this thriving industry."

Meanwhile, the government published its strategy to support the FinTech sector earlier this year, examining how the needs of the sector can be met, and how the benefits of FinTech can be felt by everyone across the UK.

The Treasury strategy document mentioned immigration only once, saying: "The government is also engaging closely with Fintech firms to discuss how we continue to attract the best international talent, including what they are looking for from a future immigration system."

Harsher immigration policies "could put at risk the UK's global standing as a leader in FinTech" the report said, but added: "if talent is managed in a way which encourages flexibility around access and the development of local skills then UK FinTech will likely remain attractive to businesses and be well placed to grow and succeed in the next decade."