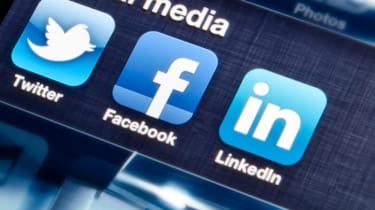 The culture secretary has pledged new laws to regulate social media firms after being snubbed by 10 out of 14 companies invited to consult on regulation.

Speaking on the Andrew Marr Show yesterday, Matt Hancock, secretary of state for culture, digital, media and sport, said the government does not have adequate power to regulate social media firms, and that self-policing to this point has not worked.

He revealed that being ignored by several major players in the industry - who were invited to contribute on plans to tackle online abuse, to remove inappropriate content, and introduce a levy - has given him greater motivation to introduce new legislation.

"The fact that only four companies turned up when I invited the 14 biggest in; it gave me a big impetus to drive this proposal to legislate through," Hancock said. "Before then, and until now, there has been this argument - work with the companies, do it on a voluntary basis, they'll do more that way because the lawyers won't be involved.

"And after all, these companies were set up to make the world a better place. The fact that these companies have social media platforms with over a million people on them, and they didn't turn up [is disappointing]."

"One of the problems that we've got is we engage with Facebook and Google and Twitter, and they get all of the press, they get all of the complaints in the public debate, but there's now actually a far greater number of social media platforms, like musical.ly and others, that didn't show up."

Announcing the proposed legislation, Hancock said: "Digital technology is overwhelmingly a force for good across the world and we must always champion innovation and change for the better.

"At the same time I have been clear that we have to address the Wild West elements of the internet through legislation, in a way that supports innovation."

The new laws, which the culture secretary said are likely two years away, will follow failed efforts to engage with tech giants voluntarily on new regulations, outlined in a policy paper last year.

Whitehall's proposal, which had invited views from tech companies prior to feeding into legislation, said the 'levy' would be sought on a voluntary basis, with the document reading: "We may then seek to underpin this levy in legislation, to ensure the continued and reliable operation of the levy." It adds: "The levy will not be a new tax on social media."

But now the government is now intent on using legislation to tackle these issues, with part of the Data Protection Bill currently going through Parliament dedicated to introducing fines for indiscretions such as allowing underage users on social media platforms.

Speaking on Sky News' politics show Ridge on Sunday, the UK's digital minister, Margot James, expanded on the government's position, saying: "The consultation that we conduct is quite likely to result in measures that we will outline into law that will oblige companies to take content down - and obviously there will have to be consequences for them to face if they don't comply."

Asked what these consequences would be, James added: "In the data protection legislation that is just finishing its passage through Parliament at the moment, there is the capacity for the Information Commissioner to fine companies up to 4% of their global annual turnover. We would envisage something similar in this area.

"Obviously that would be a cap - like a maximum - and there would be a scale of other deterrents en route to that. But we do understand that companies need to face consequences if they do not comply with laws applicable online just as they are online."

DCMS and the Home Office will publish a white paper later this year with further details.

Antony Walker, deputy CEO of trade industry body TechUK, said: "Where we can move quickly with confidence on the effectiveness of the outcome we should do. But we must avoid 'quick fixes' that are unworkable and could end up being counter-productive. We need to get to a position where government and tech firms are 100% aligned on what needs to be done so that we can get on and implement solutions that we can all have confidence will work.

"There is still a lot of work to be done between now and the publication of a white paper, and as a sector we want to keep building on the serious and constructive engagement that has happened to date."