Electoral regulator calls for changes to voting law to save democracy 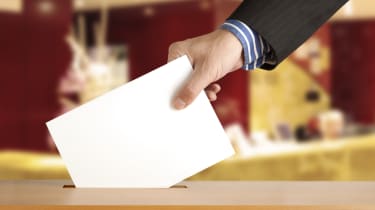 The Electoral Commission has called for urgent reforms to the electoral law saying that British democracy "may be under threat" following a series of online political scandals.

In a report called "Digital campaigning: increasing transparency for voters" the elections regulator is calling on Westminster and the UK's devolved governments to combat the largely unregulated world of online political campaigning.

The Commission wants the government and social media companies to improve transparency around the targeting of voters online and combat misinformation, the misuse of personal data and overseas interference in elections.

"The last decade has seen an explosion in the use of digital tools in political campaigning," the report states. "Perceptions have also changed in that time.

"The use of social media was first heralded as a positive revolution in the mass engagement of voters. More recently we have seen serious allegations of misinformation, misuse of personal data, and overseas interference. Concerns that our democracy may be under threat have emerged."

To combat this threat, the Electoral Commission has called for a change in the law to require all digital political campaign material to state who paid for it and for a new legislation to make it clear that spending in UK elections and referendums by foreign organisations and individuals is not allowed.

It also calls for political campaigns to declare their spending soon after or during a campaign and more detailed paperwork on how they spend money online. It would also like to increase the maximum fine it can impose on organisations and individuals who break the rules. The current limit is 20,000 per offence.

"Urgent action must be taken by the UK's governments to ensure that the tools used to regulate political campaigning online continue to be fit for purpose in a digital age," said Sir John Holmes, chair of the Electoral Commission.

"Implementing our package of recommendations will significantly increase transparency about who is seeking to influence voters online, and the money spent on this at UK elections and referendums."

The interventions come in the aftermath of the 2016 EU referendum. The regulator has a pending report due next month into Vote Leave spending and according to a leaked copy of the investigation obtained by the BBC, it is likely to find the Brexit campaign broke spending rules.

The Commission has also welcomed social media companies' commitments to political campaigning transparency and called on them to deliver their proposals for online databases of political adverts in time for UK elections in 2019 and 2020.

Following the Cambridge Analytica scandal that saw online voters influenced during Donald Trump's presidential campaign, the Commission also called on social media companies to put in place new controls to check that people or organisations who want to pay to place political adverts about elections and referendums in the UK are legally permitted to do so.