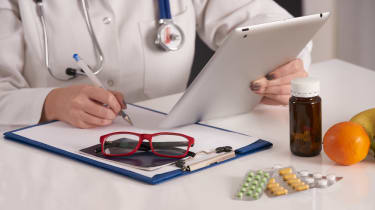 The NHS could be allowed to ditch paper prescriptions for digital in a bid to save money and time.

While two-thirds of GP surgeries already upload digital prescriptions to be downloaded by pharmacists, regulations limit the use of electronic prescriptions in some cases.

Health Secretary Matt Hancock has announced that those regulations will be changed later this year, expanding electronic prescribing to most, but still not all, prescriptions. Hancock believes that could lead to savings of 300 million by 2021, as well as reduce waiting times and cut the risk of lost paper prescriptions.

"We need to harness technology across the NHS to improve care, save time for patients and make the lives of hardworking staff easier," Hancock said. "In an NHS where thousands of GP surgeries already enjoy the benefits of electronic prescriptions, it can't be right that there are occasions when archaic paper prescriptions still have to be used."

"As part of our long-term plan, I want the NHS to become the most advanced healthcare system in the world," he added. " Electronic prescribing both saves GPs' time and helps to give patients a better, more seamless experience and ensures every pound of taxpayers' money is spent effectively."

NHS Digital, the organisation charged with coordinating and executing the health service's digital transformation efforts, earlier this month announced all GP practices across London had made the jump to digital prescriptions.

More than a thousand eligible practices signed up to the NHS' Electronic Prescription Service (EPS) which, according to the organisation, has so far led to savings exceeding 130 million over the last three years.

While the regulations will be changed later this year, Hancock didn't say specifically when, nor reveal if, there would be any firm deadlines for GPs or pharmacies to make the switch. IT Pro has asked for more detail.

The NHS hasn't always found it easy to shift to paperless systems. Recent findings show 94% of NHS trusts still use handwritten notes to record patient data, though NHS Digital has flipped almost 50 hospitals and 2,500 practices have to the NHS e-Referral Service (e-RS), weeks before the deadline on 1 October - after which trusts will only take electronic referrals from GPs.

Paper-based health records have drawn criticism for being easier to lose, difficult to interpret, and for being time-consuming to create and manage - though there are security risks with digital records, too.

Matt Hancock's announcement comes just days after his visit to a London hospital inspired a lengthy Facebook post in which he criticised the NHS' prohibitive IT infrastructure that is holding back healthcare delivery.

"I was already motivated to improve the IT of the NHS - but boy! Chelsea & Westminster Hospital is one of the better trusts for IT, but even there there is so far to go," he wrote. "And it was through no fault of their own - but rather the lack of national interoperability standards means systems just can't talk to each other, so people are forced to revert to pen and paper.

"Staff were hindered by IT in a way that we simply wouldn't accept in any other organisation in the 21st century," he added. "Tonight has motivated me more than ever to sort this out: interoperable data standards are on their way."