Victory in the state Assembly for the “gold standard” protections 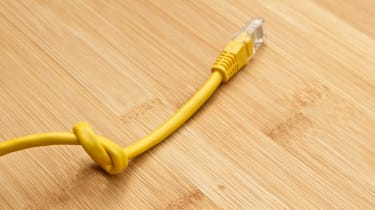 Net-neutrality campaigners have been given fresh hope by a new bill that seeks to restore the regulatory protections stripped back by the FCC earlier this year.

Campaigners have called it "a gold standard net neutrality bill" which would represent the most robust set of consumer internet protections the US has ever had. The bill would not only reinstate all of the net neutrality rules previously enacted by Tom Wheeler's Federal Communications Commission in 2015, it would also ban 'zero-rating' - the practise of network operators counting use of some services towards customers' data caps, but not others.

The bill, which was drafted by Democratic Senator Scott Wiener, is currently waiting to be approved by the Senate, after California's state Assembly voted to pass it 61-18. It is widely expected to pass through the Senate approvals process without difficulty; Senators previously passed an earlier version of the bill back in May, but substantive subsequent changes have meant that it will need to be re-approved.

"ISPs have tried hard to gut and kill this bill," wrote Electronic Frontier Foundation policy analyst Katharine Trendacosta, "pouring money and robocalls into California. There was a moment where that campaign looked like it might have been successful, but you spoke out and got strong net neutrality protections restored."

If approved, the bill will become a California state law, as opposed to a federal law. In short, this means that the new protections would only apply within the state of California, but campaigners are hopeful that the bill will act as a template for other states to follow when enacting their own net neutrality rules.

While net neutrality has broad, bipartisan public support across America, California is particulary keen on it. Not only is it the center of tech development in the US, but the state is still smarting from its first experience at the sharp end of life without net neutrality.

Santa Clara County's fire department found its supposedly 'unlimited' data tariff throttled by its ISP Verizon while it was in the middle of tackling a devastating wildfire. The fire department's mobile command centre uses a Verizon mobile connection to maintain remote internet access, but the country says Verizon forced the fire department to move to a new data plan which was more than twice as expensive before it would restore its speeds. Verizon has claimed this was due to a customer service error.

California lawmakers hope to prevent situations like this with the new bill, but they may be in for a wait; if the bill is not passed by the end of Friday, it will miss the final deadline for submitting legislation this year, and will need to be pushed back until 2019.