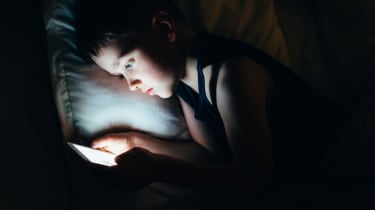 The tech industry must work in partnership with each other - and with the government - to tackle an explosion of online child abuse in recent years, or face government action.

A 700% rise in abuse images circulating online over the last five years underlines the scale of digital child sexual exploitation, according to home secretary Sajid Javid, who demanded tech companies ramp up their efforts to tackle the crisis in a speech yesterday.

Despite being impressed with the efforts of companies such as Google and Facebook on counter-terrorism, the industry has been falling short when it came to protecting children from harm, Javid said at the National Society for the Prevention of Cruelty to Children (NSPCC) headquarters.

"In recent years there has been some good work in this area. But the reality is that the threat has evolved quicker than industry's response and industry has not kept up," he said.

"And there are some companies that refuse to take it seriously. I am not just asking for change, I am demanding it. And the people are demanding it too. And if web giants do not take more measures to remove this type of content from their platforms, then I won't be afraid to take action."

Javid also announced an additional 21.5 million over the next 18 months for law enforcement, as he revealed the National Crime Agency (NCA) estimates up to 80,000 individuals across the UK posing an active online threat to children. A further 2.6 million will also be made available for prevention work.

Meanwhile, the government will be setting out plans for legislation in its forthcoming White Paper, which was announced in May, as Javid confirmed the new laws' strictness will wholly depend on what action tech companies now take.

Javid made five demands, including that tech companies should detect and block abusive material as they are being uploaded, and stop 'grooming' from taking place on their platforms.

He also suggested that platforms work with government to shut down live streams and be more cooperative with law enforcement, and to show a greater willingness to share their technology with rival firms.

"Investigators are facing a constant uphill struggle because of the significant numbers of offenders committing preventable crimes, such as viewing and sharing images and videos that are easily accessible online," said NCA director general Lynne Owens.

"The technology exists for industry to design-out these offences and to stop this material from being viewed.

"Some online platforms have taken important steps to improve safety, but we are asking for more. We want industry to invest in preventing these online offences from happening in the first place.

"It is not just a matter for law enforcement. We need industry to make it harder for anyone to access indecent images on the internet."

Javid's aggressive stance reflects that taken by the Five Eyes nations following a two-day summit last week, in which interior ministers from the UK, US, Canada, Australia, and New Zealand, including Javid, gave tech giants an ultimatum over encryption.

If the industry does not "voluntarily" establish lawful encryption-defying backdoor access into products and services for law enforcement purposes, the ministers warned, governments will pursue new measures to compel them to do so by law.

The Five Eyes nations also called on the industry to implement new measures to rid the internet of "child predators, terrorists, violent extremists and other illicit actors" - echoing Javid's comments in his speech yesterday.