Apple hands over €14.3 billion in back taxes to Ireland 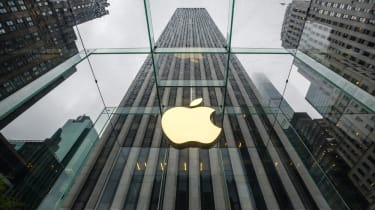 Apple has handed over 14.3 billion in back taxes following a ruling by the European Commission (EC) that it had received unfair tax advantages. The money will be held in an escrow account pending an appeal by both Apple and Ireland.

Both Apple and the Irish government have denied any wrongdoing.

The order to pay up was given by EU competition commissioner Margrethe Vestager two years ago. Apple was ordered to pay 13.1 billion plus interest. Since then Ireland's tax authorities have collected back taxes in a series of payments in May.

"While the government fundamentally disagrees with the commission's analysis and is seeking an annulment of that decision, as committed members of the European Union, we have always confirmed that we would recover the alleged state aid," the Irish finance minister, Paschal Donohoe, said in a statement.

"We have demonstrated this with the recovery of the alleged State Aid which will be held in the Escrow Fund pending the outcome of the appeal process before the European Courts.

"This is the largest State Aid recovery at c. 14.3 billion and one of the largest funds of its kind to be established. It has taken time to establish the infrastructure and legal framework around the Escrow Fund but this was essential to protect the interests of all parties to the agreement."

In a statement by EC spokesman Ricardo Cardoso, he said: "In light of the full payment by Apple of the illegal State aid it had received from Ireland, Commissioner Vestager will be proposing to the College of Commissioners the withdrawal of this court action."

Ireland's Department of Finance said its appeal has been granted priority status and is progressing through the various stages of private written proceedings before the GCEU. The issue will likely take several years to be settled by the European courts, it added.