Panel will ask whether data collection is killing startups, and the effect of AI on price collusion 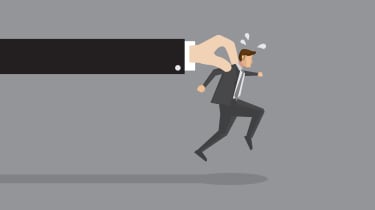 Businesses, experts and the general public are invited to feed into a government-spurred consultation on whether tech giants are stifling competition in the UK digital economy.

Respondents will be asked for the pros and cons of current market setup, whether data aggregation by industry giants is holding back startups, how competition online can be strengthened, and how innovation in digital markets can be enhanced.

Firms from all sectors, and the public, can feed into the call for evidence from now until it closes on 7 December - also answering issues such AI-driven price colluding, and the trade-off between free services and data.

"We will ensure the UK remains at the forefront of the technological revolution as we build an economy fit for the future and equip people with the skills they need to succeed in it," said Chancellor Philip Hammond MP.

"But there are concerns that the big players could be accumulating too much power in our new digital world. Therefore we must ensure we have the right regulations so that our digital markets are competitive and consumers are protected."

The consultation, being led by a former advisor to President Obama, Jason Furman, forms part of a review launched earlier this month into competition in the digital economy. It can also be seen in the context of a wider government clampdown on Silicon Valley's influence in the UK.

Ministers from a range of government departments, including the Home Office and the Department for Digital, Culture, Media and Sport (DCMS), have already indicated taking a harder-line approach against tech companies.

The likes of home secretary Sajid Javid MP have suggested new laws to clamp down on influential firms if they do not comply with government requests to allow law enforcement access to encrypted communications, for instance.

The government will run its digital economy review in tandem with a review into social media and mental health, while devising a set of as-of-yet vaguely-defined "online harm" laws which may result in the introduction of an industry regulator.

Details around the latter set of laws have been kept hidden thus far, but are expected to be outlined by the end of 2018. Former DCMS secretary Matt Hancock MP first touted a set of tougher regulations after being snubbed by 10 of 14 tech companies invited for discussions on how to best tackle the online content crisis.

"We want to hear from people of all ages, businesses of all sizes, and experts from all fields, to help inform our review so we can ensure all parts of society benefit from the technologies of the future," said Professor Jason Furman, who is chairing the review.

"Digital markets have produced significant consumer benefits and we are focusing on how to ensure that remains the case, while fostering competition and boosting the economy."

Digital economy professor Derek McAuley and deputy chair of the Bank of England's enforcement decision-making committee will make up the remainder of the panel.

The panel began its work in September, investigating how the digital industry affects consumers, competition, growth, productivity, wages, and labour markets, and are expected to publish its recommendations in early 2019.