More than 50 companies, including Google and Apple have signed a statement in protest of proposed changes to transgender rights 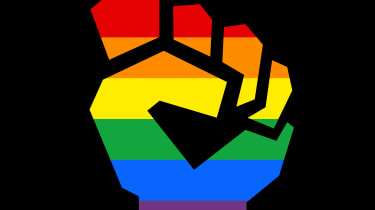 Tech firms including Apple, Facebook, Google and IBM have signed a joint statement with 50 other companies to protect legal rights for transgender people.

The statement is a response to a New York Times report that suggested the Trump administration is considering limiting the definition of gender in the US to birth genitalia.

A memo obtained by the NYT alleges that the Department of Health and Human Services proposed: "Sex means a person's status as male or female based on immutable biological traits identifiable by or before birth."

The NYT said that if this legislation was to move forward, it would compromise the legal protection of an estimated 1.4 million Americans who identify as a gender different to which they were assigned at birth.

A 15 strong group of LGBTQ community organisations sought signatures for the statement and found support from tech companies such as Twitter, Uber, Salesforce, Microsoft and Cisco.

"We, the undersigned businesses, stand with the millions of people in America who identify as transgender, gender non-binary, or intersex, and call for all such people to be treated with the respect and dignity everyone deserves," according to the statement reported by CNBC.

"We oppose any administrative and legislative efforts to erase transgender protections through reinterpretation of existing laws and regulations. We also fundamentally oppose any policy or regulation that violates the privacy rights of those that identify as transgender, gender non-binary, or intersex."

The number of tech companies on the list shows a strong response from an industry that is well known for its high numbers of white male executives. In July a diversity report at Google highlighted that its workforce was made up of 70% white males and that figure had little changed from the previous years.

In a sperate statement in AXIOS, IBM's chief diversity and inclusion officer Tia Silas: "We believe no one should be discriminated against for being who they are. That's why we're proud to stand in support of the transgender and entire LGBT+ communities, and it's why we will continue advocating for Congress to pass the Equality Act and ensure transgender individuals are treated equally under the law."