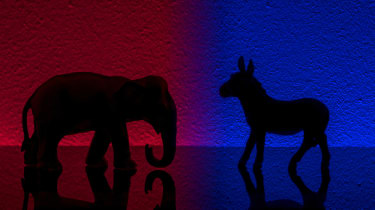 Facebook suspended more than a hundred accounts ahead of the US midterm elections for fears they may be tied with a Russian 'troll farm'.

The social media network suspended 30 Facebook accounts and 85 Instagram accounts earlier this week after US law enforcement contacted it about activity from accounts that "may be engaged in coordinated inauthentic behaviour".

Almost all of the Instagram accounts were in English, with some focused on celebrity culture and others on political debate, while most of the Facebook Pages associated with the accounts were in French or Russian.

While US law enforcement believes these accounts are linked with foreign entities, this is not yet fully known as the investigations are only in their early stages, said the firm's head of cyber security policy Nathaniel Gleicher.

"Typically, we would be further along with our analysis before announcing anything publicly," Facebook's Gleicher wrote in a blog on Monday.

"But given that we are only one day away from important elections in the US, we wanted to let people know about the action we've taken and the facts as we know them today."

Throughout Tuesday voters across the US took part in a series of crucial ballots for seats in the Senate, and the House of Representatives (Congress).

The 2018 Midterm elections saw the Democrats win back a majority in Congress, sealing more than the 218 seats required, but suffer a handful of losses in the Senate, with the Republicans slightly extending their control.

Gleicher suggested the accounts Facebook suspended may be associated with the Russian-based Internet Research Agency (IRA) - a known agitator and 'troll farm' with ties to the Russian state.

The group has previously been fingered as a disruptive influence in the US political process, contributing a significant portion of the Russian-backed posts seen by 126 million Americans in the lead up to the 2016 Presidential Election.

Google's senior vice president and special counsel Kent Walker also revealed two accounts with ties to the IRA spent a total of $4,700 on its platform during the 2016 election cycle on search and display ads.

Twitter, meanwhile, earlier this year also published compelling evidence for an IRA-linked propaganda effort on its platform, with an investigation showing 677,775 users were exposed to its content during the election period.

Suggestions that Russian government-backed disruptors consciously worked to elect Donald Trump as President are yet to be unequivocally proven, albeit an FBI investigation led by special counsel Robert Mueller is ongoing.

But data submitted by the micro-blogging site to Congress showed bot accounts retweeted the now-President's posts almost 470,000 times, with opponent Hillary Clinton getting fewer than 50,000 retweets by such accounts. 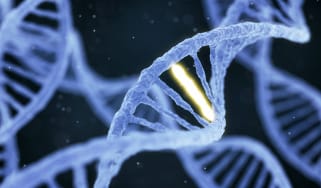