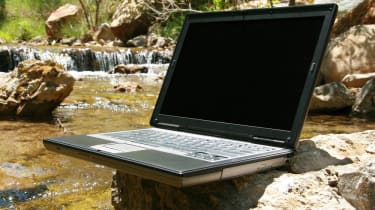 Work on four of the six IT systems central to standards, environmental control and border control in the event of a no-deal Brexit has not yet been completed, less than two weeks until Brexit.

Despite the UK currently scheduled to leave the European Union (EU) without a deal on 29 March, the Department for Environment, Food and Rural Affairs (Defra) has yet to fully prepare for a no-deal outcome.

MPs with the Public Accounts Committee (PAC) expressed concern in its latest report that both Defra and the Department for Transport's current plans are not solid enough to address the scale of the challenge that a no-deal Brexit presents.

Two of Defra's IT systems have gone live, and four are in the process of being tested, according to the committee's latest report. This follows previous concerns, raised in November, that none of the six systems had yet undergone sufficient testing.

The biggest risk to delivering the four incomplete IT systems is that a number of them depend on a "common registration module" that itself is not yet complete. Work is in progress to make this more user-friendly.

In the event the IT systems have not been completed by 29 March, Defra told the PAC that it has a set of "manual fall-backs". But these manual processes would be slower, have a higher error rate, and be more burdensome for users. The departments will also lose elements of the system integration.

Both departments are also considering staffing needs for the issues that will result from a no-deal Brexit, including forming 24-hour emergency centres.

15/11/18: Defra blasted for "alarming" lack of critical IT tests ahead of Brexit

The Department for Environment, Food and Rural Affairs (Defra) has been lambasted for failing to test critical IT systems ahead of the UK's withdrawal from the European Union.

Six systems, including a food import notification system and another that will replace the EU's platform for monitoring chemicals, are being developed but have yet to be fully tested, causing MPs to raise concerns about the department's complacency and ability to function post-Brexit.

The most complex of Defra's systems, a food notification system, won't be tested until "January or February", according to Parliament's Public Accounts Committee (PAC), falling worryingly close to the March 2019 deadline.

Defra Ministers have admitted there is a risk with not sufficiently testing these systems, the PAC said, due to the scale and complexity of the task at hand, and conceded issues are bound to arise. However, they reassured the committee while giving evidence that the six systems will be available in time in the event of a no-deal scenario.

"Brexit looms but the Department for Environment, Food & Rural Affairs is a long way from being ready," said PAC chair Meg Hillier MP. "Anyone working in the dark is prone to stumble but in Defra's case I am concerned that the Department has lost sight of its priorities."

In light of great risks associated with a no-deal Brexit, Hiller added that it is "alarming" how little information Defra has provided publicly to allow businesses and organisations to prepare. The Department is too complacent, moreover, about the levels of disruption to trade.

"Brexit border planning is not sufficiently developed," she added. "Six critical IT systems are still to be tested and there is a risk that in the Department's rush to prepare necessary legislation, the quality of that legislation will suffer."

The PAC highlighted several issues in its report including a very limited engagement with SMBs, as well a plan that involves testing all the IT systems at once from January. This, the committee says, will inevitably throw up new issues, and put increasing strain on the chances of the new systems working in time.

Defra says it does not accept the PAC's conclusions, and have accused the committee of inaccurately reflecting its level of preparation.

"The PAC have ignored key findings from the National Audit Office (NAO), which found that 'Defra has achieved a great deal and to a very demanding timescale'," a Defra spokesperson told IT Pro.

"In producing this one-sided report, the PAC have failed to acknowledge the substantial progress we have made in replacing EU functions, hiring key staff and building new IT systems."

The spokesperson added Defra has met several targets on additional staff hiring and reducing IT workload inefficiencies, and quoted praise from the separate NAO report that said the department "has achieved a great deal in difficult circumstances".

The NAO report, incidentally, also levelled criticism mirroring the PAC's findings on implementing the new IT systems, saying: "because it has not fully defined its future service requirements, Defra has not yet ensured that the new IT systems it is developing can meet future operational capability".

In the event the new food import notification system is not ready by March 2019, the spokesperson continued, there are contingencies in place to ensure the import for live animals, animal products, and high-risk food continues with minimal disruption.

The PAC has issued a number of recommendations and demanded that Defra provide them with a further update by the end of December on whether the key IT projects are on track for testing in the new year. MPs have also demanded a further update later in January on the results of the testing.