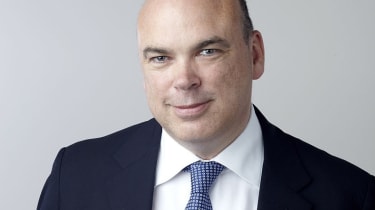 Ex-Autonomy CEO Mike Lynch could be facing a 20-year prison sentence if he is convicted of fraud following the $11 billion sale of the company to HP.

According to court documents, Lynch and fellow Autonomy executive Stephen Chamberlain have been accused of providing false statements to HP during the sale of the company.

The statements were apparently falsified to make it look as though Autonomy was in a better financial state than it was when it was sold to the tech giant in 2011.

The warrant for Lynch's arrest has been revealed to the public and states that if he is found guilty in his trial, a date for which has yet to be set, he could receive a prison sentence of up to 20 years and will need to forfeit $815 million.

However, Lynch's lawyers think the case is being unfairly heard, arguing that instead of it being taken to a federal court in the US it should be heard in a British civil court.

"This case is unsupportable. It targets a British citizen with rehashed allegations about a British company regarding events that occurred in Britain a decade ago," Lynch's lawyers said.

"It has no place in a US court. The claims amount to a business dispute over the application of UK accounting standards, which is the subject of a civil case with HP in the courts of England, where it belongs."

They also said that no criminal activity happened and HP should have been more careful when agreeing to buy the company.

Following the acquisition of Autonomy in 2011, HP was forced to write-down the value of Autonomy by $8.8 billion, with $5 billion of that blamed on "serious accounting improprieties, misrepresentation and disclosure failures".

"Mike Lynch will not be a scapegoat for [HP's] failures. He has done nothing wrong and will vigorously defend the charges against him," his lawyers said.