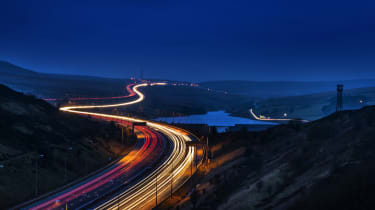 Highways England has appealed for help from tech firms to improve the efficiency of motorways and alleviate congestion in a drive worth 4.5bn.

The Smart Motorway Alliance will comprise of six partners that will help to create a smarter network of major roads, with its overall mission to cut down on stoppages so that more traffic can flow along a motorway. The hope is that this extra capacity will make it easier to support the rollout of connected or autonomous vehicles in the future.

The responsibility of this Smart Motorway Alliance will be to improve safety during development, by reducing the time spent on site, and establishing common working practices. It will also be responsible for ensuring that all projects are delivered as efficiently as possible, and are delivering on the goal of improving customer service.

The group will include three on-site delivery partners, two digitally enabled design partners and one production management partner. The contracts will be rewarded on an efficiency basis, with partners offered remittance based upon their outcomes.

"We want a step change away from traditional thinking and more towards creating value," said Highways England's chief executive Jim O'Sullivan. "We want companies that can learn from their experiences, and work together to deliver ever-improving efficiency and productivity."

The scheme was announced in January and promises a collective investment of 8.7bn for improving roads around the country between 2018 and 2024.

For those interested in partnering with the government, a briefing is being held on 10 December in central Birmingham. A descriptive document for the alliance can also be found here.