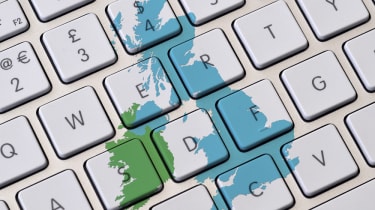 A digital tax for tech companies risks forcing entrepreneurs and startups to set up elsewhere, according to a recent survey of European investors.

The report from The Coalition for a Digital Economy (COADEC), a lobbying organisation for tech startups, found that 71% of UK investors believe that a digital tax on turnover would drive tech entrepreneurs away from the UK to set-up in other regions, such as China and the US.

The survey consulted with 185 tech investors in the UK, France, Germany and Ireland from August to September 2018, revealing areas of significant investment risk for the European tech ecosystem in the coming years.

Much has been made of the UK's tech sector, with London repeatedly touted as the biggest tech hub in Europe and areas like Newcastle showing signs of rapid growth with digital startups, but a significant amount of investors are worried that the changing political landscape will negatively affect the current tech ecosystem.

In the final budget before the UK exits the European Union, Chancellor Phillip Hammond unveiled the UK Digital Services Tax, which will come into effect from April 2020. It's a 2% tax on the revenues of search engines, social media platforms and online marketplaces that are profitable.

However, some are concerned that regulation and taxes designed to target the biggest companies, such as Google and Facebook, will have the unintended consequence of stifling startups in the tech sector.

The COADEC report suggests that having to pay this tax will prevent smaller businesses from scaling up, hiring new talent and competing with the larger, more well-known organisations. Such financial regulations will also require more transparency from businesses, which big multinational companies are unlikely to comply with, the report claims.

Gerard Grech, chief executive of Tech Nation, said that the policy "risks stifling entrepreneurialism and innovation" despite recent governments trying to encourage the opposite.

"Tech in the UK faces a number of significant long-term challenges," said Dom Hallas, executive director of Coadec. "Brexit threatens London's place as the heart of European tech and investors are rightly concerned with the direction of travel for policy in both the UK and Europe as a whole."

The concern is that any heavy-handed policies may be used as an excuse to divert vital investment towards mainland Europe as the UK leaves the Union.

"Investors are clear that a policy conversation about the future of tech-dominated by the biggest companies in the world risks squeezing out everyone else, including even our most successful startups and scaleups. This isn't good enough."

The report was conducted in partnership with Allied for Startups and, according to its director, Lenard Koschwitx, it's hoped that the findings will influence policymakers to understand the startup ecosystem as a whole.

"Access to finance is a prime factor for startup-success in Europe," he said. "This survey shows us that the investors are highly conscious of policy decisions and changes like a unilateral tax or disproportionate liability rules will impact their decisions leading to less capital available for startups in Europe."