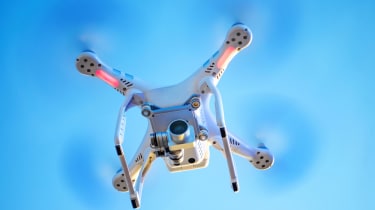 Police in the UK will be given additional powers to combat the illegal use of drones and the drone exclusion zone around airports has been extended from 1km to 5km.

The new legislation will allow the police to seize drones, put in place a wider parameter around airport runways and will require drone operators to register by November 2019.

This is the government's response to the Taking flight: the future of drones in the UK consultation, which ran from 26 July 2018 to 17 September 2018. The government said the new legislation will help to prevent a repeat of incidents such as those recently experienced at Gatwick airport, where repeated drone sightings caused major disruptions over Christmas and grounded more than 1,000 flights.

"Drones have the potential to bring significant benefits and opportunities, but with the speed of technological advancement comes risk, and safety and security must be our top priorities," said Aviation Minister, Liz Sugg.

"That's why we are giving the police powers to deal with those using drones irresponsibly. Along with additional safety measures, these will help ensure the potential of this technology is harnessed in a responsible and safe way."

Following more than 5,000 responses to the consultation, the new legislation will give police officers the additional power to land drones and require users to produce the correct documentation. The police will have the power to search premises and seize drones, including the data stored within the device where a serious offence has been committed and a warrant is secured.

To aid the police, the Home Office will begin testing new counter-drone technology to evaluate its safety and reliability. This will include technology that can detect drones flying around sensitive sites, including airports and prisons, with the aim of developing a range of options to respond to such challenges.

Drones flying into airport zones has been a problem for a number of years, with Gatwick having similar problems in July 2017, when a single drone forced five flights to be diverted.