Calls for Facebook to be split up sent to US FTC 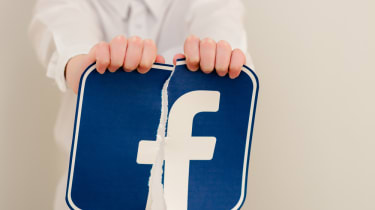 Advocacy groups have written to the Federal Trade Commission (FTC) demanding the governing body breaks up Facebook from Instagram and WhatsApp as a consequence for repeated data privacy violations.

In the letter, groups such as Open Market Institute, Colour of Change and Stop Violence Against Women have requested for major government intervention into how the social network operates. It outlined several penalties the FTC could administer, such as a multi-billion dollar fine or reforming the way the company hires staff.

Last week, it was reported in the Washington Post that the FTC could seek a record-breaking fine for Facebook after the company violated a 2012 government agreement. Facebook was required to properly disclose how a user's personal and private information was obtained and used by both the platform and its third-parties.

However, Facebook has acknowledged that user data was improperly obtained by Cambridge Analytica last year, which was a violation of that agreement. Because of this, and the numerous data privacy violations and personal data breaches the company has been involved in, the advocacy groups have suggested that Facebook should be separated from WhatsApp and Instagram.

"Facebook breached its commitments to the Commission regarding the protection of WhatsApp user data," the letter said. "As this occurred after the initial consent order, the FTC should require Facebook to unwind the acquisition of both WhatsApp and Instagram.

"The companies should be reestablished as independent entities and Facebook should be required to disgorge the personal data unlawfully acquired from those firms."

The groups went on to say this would help restore competition and innovation for internet messaging and photo app services, and called for Facebook to end the practice of collecting personal data from individuals who are not users of the service.

It would seem very unlikely that the FTC would take this action, similar to the calls from investors for Mark Zuckerberg to stand down, in that its the most powerful social media company on the planet, and such government interference would set a precedence, and arguably pave the way for more governmental meddling in the affairs of private companies beyond regulations and lawmaking.

It's more likely that a significant fine will be imposed on Facebook. This could be potentially record-breaking, given the violations it's accused of.

In 2012 Google was fined $22 billion by the FTC for continuing to track Apple Safari users after disclosing that it would stop the practice. The groups have pointed out that since Facebook's violations are so numerous in scale, severe in nature and impactful for such a large portion of the general public, its penalty should go far beyond the FTC's recent actions.

"Thus, if the agency fined Google $22 million in the Safari hack, a significant matter but also a discrete violation of a preexisting order, we anticipate that the fine against Facebook would exceed $2 billion. This would be a much larger fine than the FTC has issued in the past but not inconsistent with the fines that large firms often face when found guilty of far-reaching practices that violate the rights of consumers."