US files charges against Huawei 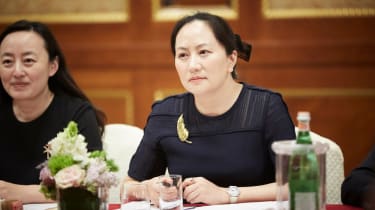 Embattled telecoms giant Huawei has denied any wrongdoing after US prosecutors filed criminal charges against the Chinese company.

The charges filed against the tech giant include bank fraud, obstruction of justice and theft of technology. Huawei has strongly refuted these accusations.

"For years, Chinese firms have broken our export laws and undermined sanctions, often using US financial systems to facilitate their illegal activities," said US Commerce Secretary Wilbur Ross. "This will end."

The company also rejected criminal charges brought against its chief financial officer Meng Wanzhou, who is currently on bail in Canada following her arrest in December.

"The company denies that it or its subsidiary or affiliate have committed any of the asserted violations of U.S. law set forth in each of the indictments, is not aware of any wrongdoing by Ms Meng, and believes the U.S. courts will ultimately reach the same conclusion," Huawei said in a statement.

These charges against Huawei have been long expected as the company has seen a backlash from Western governments and companies, seemingly led by the US, over fears its technology could be used by the Chinese government for espionage.

Huawei has found itself in the middle of a relentless trade war between the US and China, with the two nation's governments set to hold high-level trade talks in Washington this week. President Trump's administration has imposed tariffs on $250bn (190bn) worth of Chinese goods, prompting Beijing to respond in kind. However, both countries agreed to suspend new tariffs for 90 days to allow talks, last month.

Despite US commerce Secretary Wilbur Ross stating that the Huawei charges were "wholly separate" from the ongoing trade negotiations, the Chinese telecoms giant has felt the brunt of action from US authorities. Seemingly in the middle of this endless battle is Huawei's CFO Meng Wenzhou, who was detained by Canadian authorities on 1 December 2018. At the request of the US government, Meng was arrested on suspicion of misleading banks with the company's ties with Iran.

Meng in the middle

The case relates to a Huawei affiliate company called Skycom which allegedly sold embargoed Hewlett-Packard (HP) computer equipment to an Iranian telecoms firm while the country was under US sanctions.

Meng served on the board of Hong Kong-based Skycom between February 2008 and April 2009, according to Skycom records filed with Hong Kong's Companies Registry. Reuters reported that Skycom's office in Tehran offered to sell at least 1.3 million euros worth of HP gear to Mobile Telecommunication of Iran in 2010, despite U.S. trade sanctions. At least 13 pages of the proposal were marked "Huawei confidential" and carried Huawei's logo.

Meng Wanzhou, sometimes known as Sabrina Meng or Cathy Meng, began working with Huawei in 1993 when the company was a startup. She is the eldest daughter of Ren Zhengfei, the founder and chairman of Huawei. A big part of the Western fears around Huawei technologies is due to Zhengfei's ties to the political party, the People's Republic of China and the People's Liberation Army, of which he served as an officer.

The US has also filed charges against Huawei for allegedly stealing trade secrets. A case that relates back to a civil case filed by T-Mobile in 2014. The Chinese firm was accused of stealing T-Mobile's proprietary technology and of abusing its relationship as a handset supplier for T-Mobile to obtain access to an automated machine called Tappy - which was developed to test mobile phone screens. It was claimed that Huawei copied the robots specifications and stole parts, software and other trade secrets.