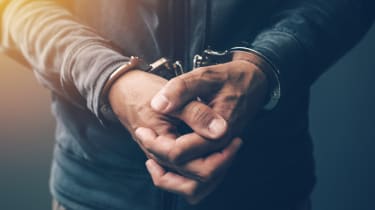 The use of computer algorithms to predict crime hotspots and the people who are most likely to re-offend risks locking discrimination into the criminal justice system, a report by human rights group Liberty has warned.

Freedom of information data has revealed that at least 14 UK police forces are using algorithmic programs for policing, have previously used them, or are conducting research and trails into using them.

The programs used by the police identify crime hotspots by using police data of past crimes to create a predictive map. These areas are then patrolled by police officers. There is also an 'individual risk assessment' which tries to predict the likelihood of a person committing, or even be the victim of, certain crimes.

Liberty said that these programs encourage racial profiling and discrimination, and threaten privacy and freedom of expression.

Part of the issue is that the use of these programs, often known as 'black boxes', haven't been made public, meaning that people can't hold the programs to account or challenge the predictions made about them.

"This means the public can't hold the programs to account or properly challenge the predictions they make about us or our communities. This is exacerbated by the fact that the police are not open and transparent about their use," said Liberty's report.

Currently, two campaign groups have been granted permission to bring a judicial review against the Home Office, but the same can't be said of the police's use of crime predicting algorithms. The National Data Analytics Solution (NDAS) is a time-limited project, also funded by the Home Office. It involves data sets from crime recordings, incident logs, custody records, crime intelligence and conviction history from the Police National Computer.

"The NDAS is a time-limited 4.5 million proof of concept project funded by the Home Office and led by the West Midlands Police in partnership with a number of other forces, including the Metropolitan Police, Greater Manchester Police, Merseyside Police, West Yorkshire Police, West Mercia and Warwickshire Police," Superintendent Iain Donnelly told IT Pro.

"The project seeks to use advanced analytics, otherwise known as data science techniques, to generate new insights from existing data already in the possession of the police."

One of the questions being raised is the data the police already have and whether there is a deep-rooted bias already within it. Hannah Couchman, a policy and campaigns officer at Liberty, said in the Guardian that when decisions were made on the basis of arrest data it was "already imbued with discrimination and bias from the way people policed in the past" and that was "entrenched by algorithms".

"One of the key risks with that is that it adds a technological veneer to biased policing practices. People think computer programs are neutral but they are just entrenching the pre-existing biases that the police have always shown."