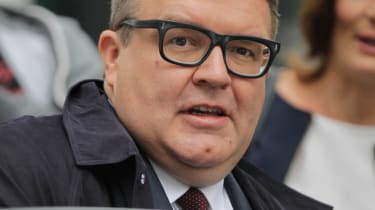 Labour has said it plans to create a watchdog with the power to break up large technology companies considered to be acting as monopolies if it gets into power after the next general election.

Tom Watson, the shadow secretary of state for Digital, Culture, Media and Sport, also took aim at Facebook CEO Mark Zuckerberg, who he called a "coward" and an "arrogant corporate elite" for not attending a Parliamentary hearing in November.

Speaking at an event organised by think tank Progressive Centre UK, the deputy Labour leader set out the party's view on the need for regulation of big tech firms.

"The scale of the largest companies is rightly the subject of scrutiny," he said in an edited version of the speech in the New Statesmen. "We should take seriously the calls to break them up if it is in the public interest. I don't subscribe to the argument that they're global companies that can't be touched.

"It's certainly true that we have to work within existing international structures to regulate monopolies. But these companies also exist within UK markets, and are subject to UK law including competition regulation."

Facebook, which owns incredibly popular platforms WhatsApp and Instagram and is considered to have an effective monopoly on social media, has faced recent calls for it to be broken up in order to curb its influence. The Company is already under investigation from the US Federal Trade Commission (FTC) and multiple advocacy groups have expressed a desire to see Facebook split up from it's acquired businesses.

However, within 24 hours of these calls, CEO Mark Zuckerberg announced plans to integrate the messaging platforms across the three brands. This caught the attention of the Irish Data Regulator, which is already investigating Facebook for repeated breaches of users data.

Despite previously appearing before the US Congress and before MEPs, Zuckerberg has continually refused to be interviewed by politicians in the UK.

"He's an arrogant corporate elite and he's a coward and he should be sitting in front of that Digital, [Clutrure, Media and Sport select] committee, which has cross-party unity and answering the questions that our democratic institutions need to know," he said.

"For me, personally, the symbolism of that empty chair, having been through the phone hacking enquiry 10 years ago, it is really resonant."

However, the MP for West Bromwich East did suggest that Zuckerberg had managed to unite the government at a time when it appears to be divided on most other issues.

In the age of Brexit division, one man on Planet Earth has succeeded in uniting parliament - Mark Zuckerberg. I believe there is a cross-party consensus to tackle online harms brought about by the failure of Facebook et al to act responsibly. #ProgressiveUKTech @carolecadwalla pic.twitter.com/5kLyAslLWj

"Even in this age of a divided country and a divided Parliment over Brexit, the one man on planet Earth that has united Parliament is Mark Zuckerberg," he added. "I am hoping that we can have a cross-party consensus on dealing with some of these online harms that are afflicting families and communities up and down the country"